The Story of Pinball 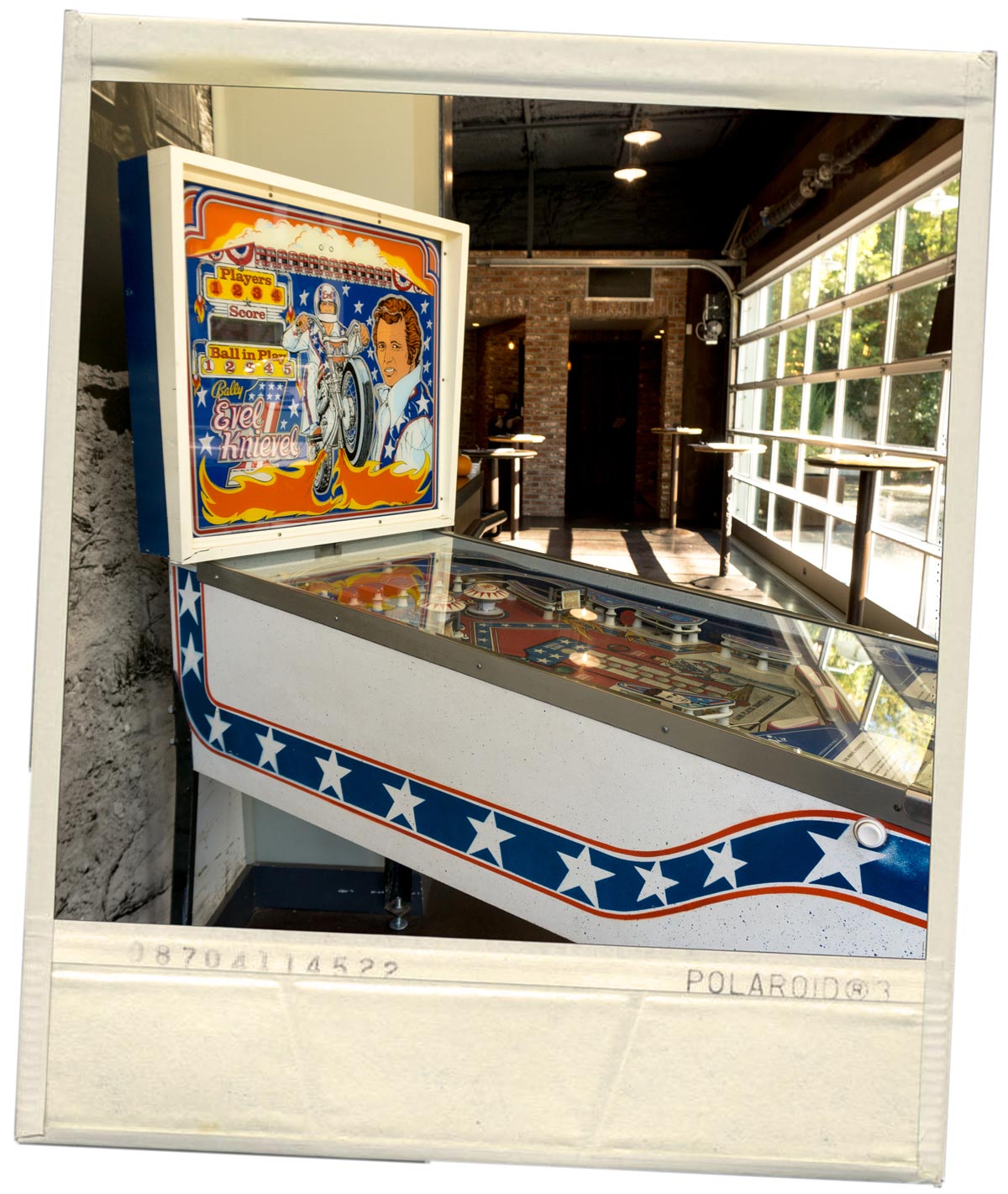 One of Tank's prized possessions is our beloved pinball machine. But this isn't just any run-of-the-mill pinball game. We've got a 1977 Evel Knievel Bally Professional Series 1 Home Model, with two flippers, three pop bumpers, two passive bumpers, two slingshots and a deluxe kick-out hole…ahem…if you want to be exact.

We decided to do some digging on the history of pinball, and what we found was pretty damn interesting:

1. There was a Prohibition on Pinball. 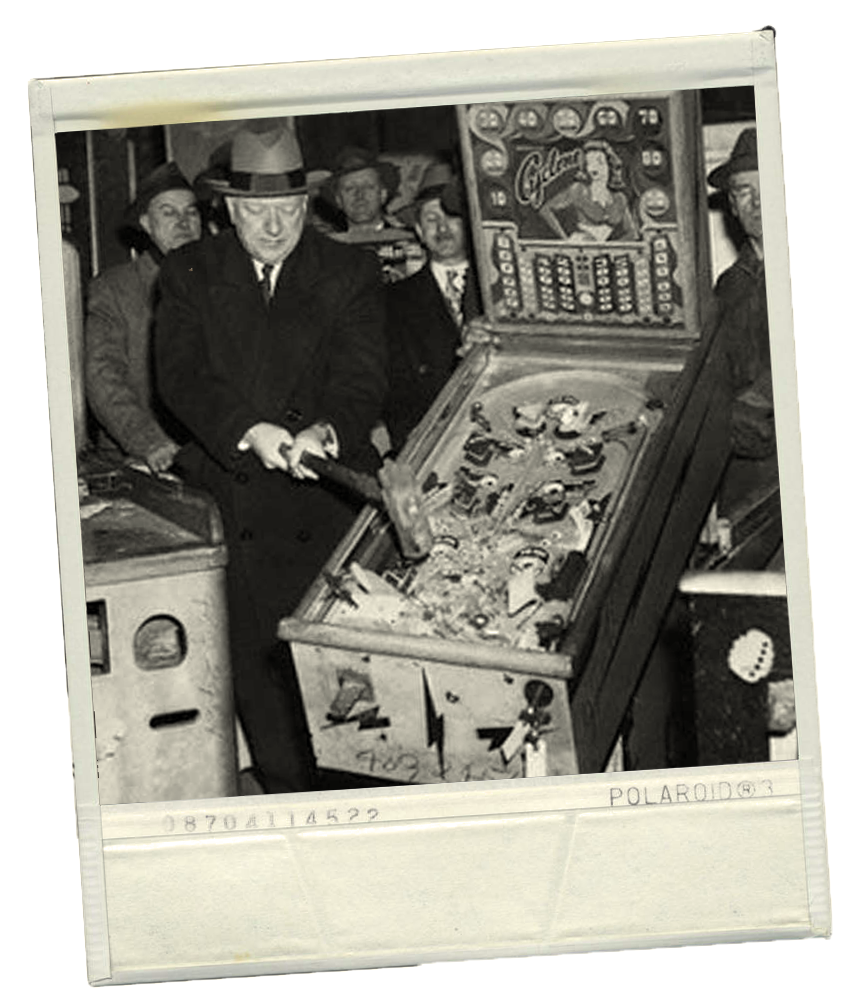 For real. Not only was it considered a form of gambling, lawmakers legit thought the pinball industry had mafia ties. Crazy, right? But there's more. The mayor of New York orchestrated straight-up raids on pinball halls, smashing the games with sledgehammers and dumping them into the Hudson River.

2. The original game didn't have flippers. 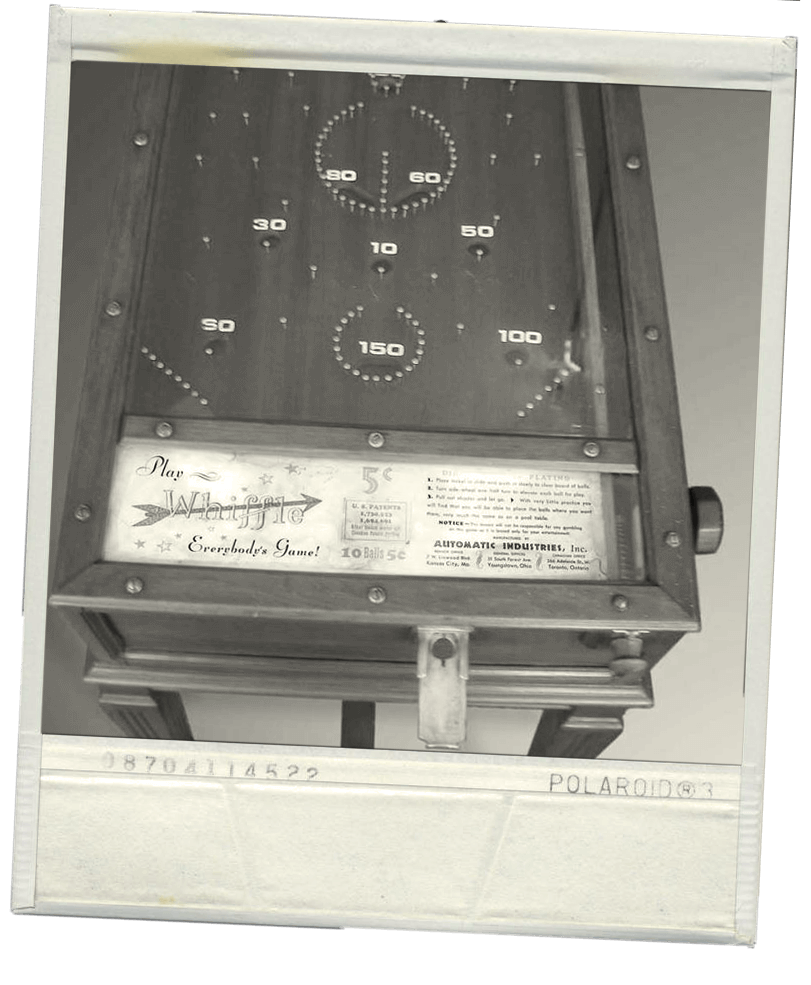 That came in 1947. Prior to that, players maneuvered the ball by bumping, shaking, and tilting the machine. If it weren't for the flipper, we'd still be playing in seedy back rooms hiding from the man. 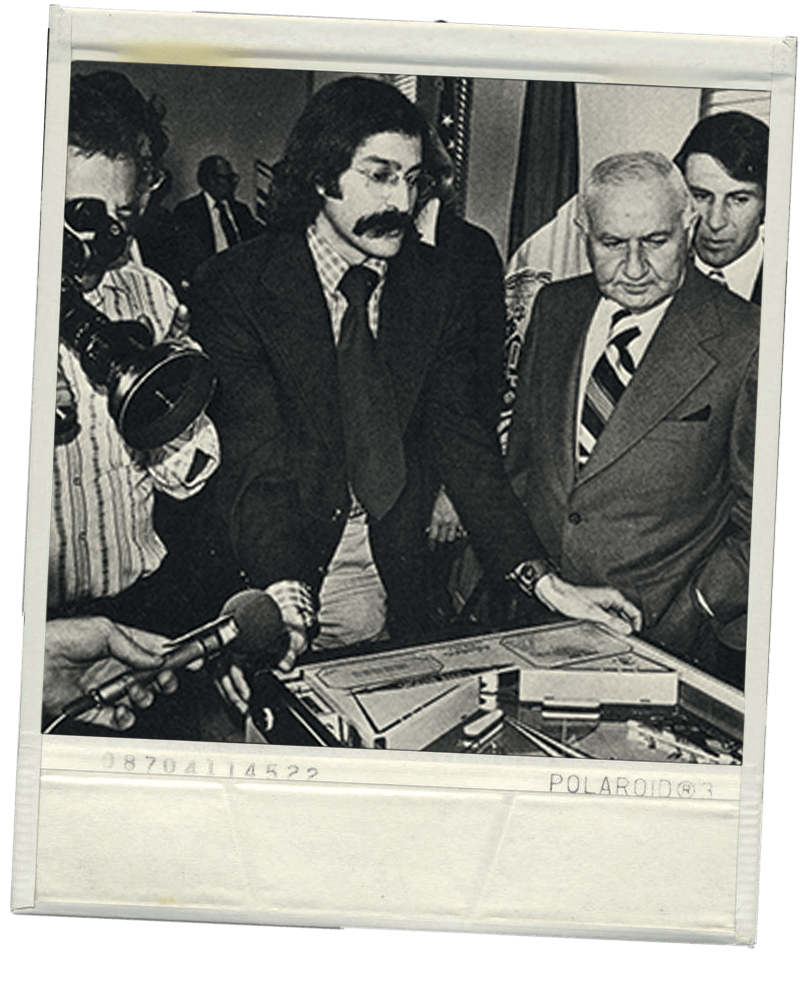 In 1976, over 40 years after the pinball ban began, a man named Roger Sharpe saved the day. Called as a star witness, this pinball wizard was considered one of the best in the country. But there was one hell of a curve ball thrown his way when the court demanded that he demonstrate his skill on the backup machine...the one he hadn't practiced on. In a Babe Ruth style move, he called his shot stating the ball would go through the middle lane on his next turn. With a swift shot of the flipper, that little silver ball zoomed through the middle lane, and the ban was overturned.

Want to know more? Here's an awesome doc you can watch on the youtube.

Now if you just want to drink some cool wines and play some pinball, make sure to stop by the garage and hang with us. ✌️