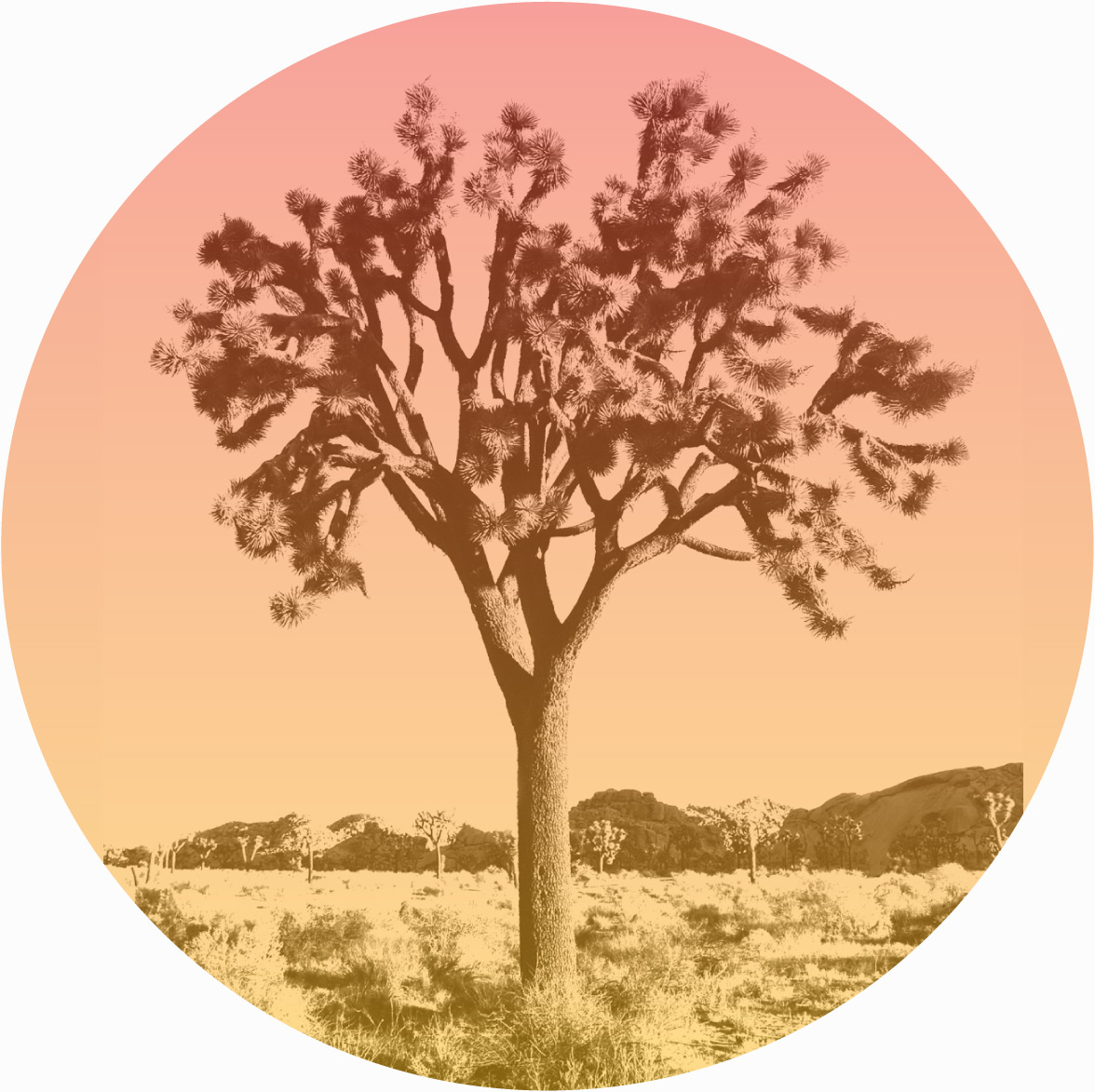 Harvest isn't a sprint—it's a marathon. You don't tear across the finish line in late-November unused. No, you drag yourself across, well-worn, exhausted, but grateful. Between early morning alarm clocks, equipment breaks and inclement weather, it's hard to carve out time for inspiration. But sometimes, in our business, you just need to go get lost.

We headed into the 2016 vintage on a hell-bent mission to challenge ourselves more than ever and really push some boundaries with our wines. Suffice to say, the team was amped to get our hands on the first pick in late-July.

By the second week of August, we were knee-deep in harvest, pulling incredible Chenin Blanc from an old vine vineyard in Lodi. We love old vineyards. They're just fucking cool. Yeah, they don't make a ton of economic sense or produce much fruit, but what comes off the vines is pure magic. As fate often has it, the 2016 harvest was this old vineyard's last rodeo and the owner ripped it out not long after.

Smash-cut to Placer County, four days later. We had a beat on some killer Grenache and Mourvèdre and were lucky to score just what we needed at optimal ripeness. We had all the ingredients, now it was time to start cooking. 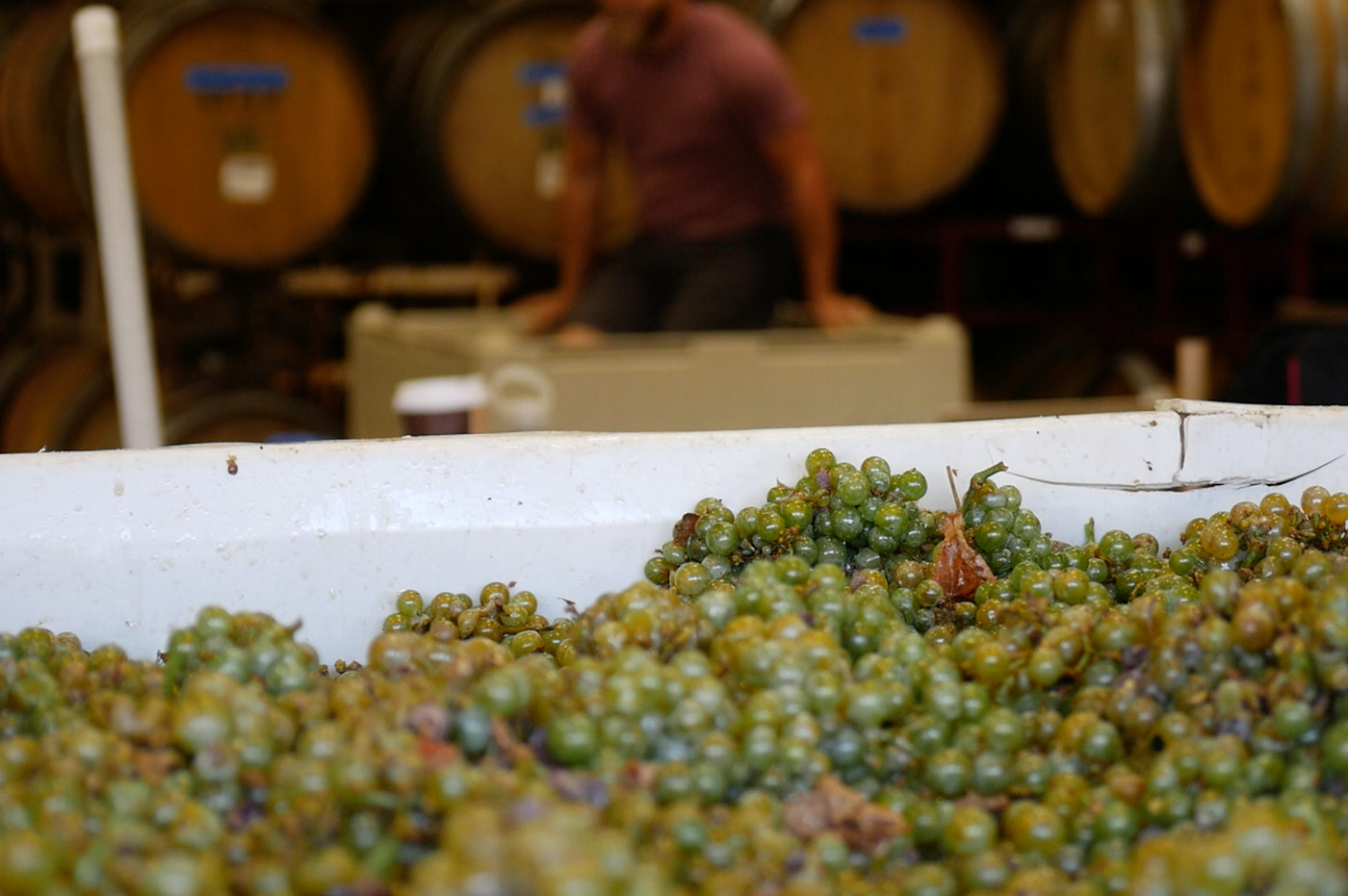 One of our most exciting realizations is that some white grapes do best when they soak on their skins for a few days during fermentation, like how we make red wines. Normally with whites, you forever separate the juice from their skins to make a crisp, clean wine. But we wanted something orange, with a little more flavor and some mouth-feel pulled from the skins. 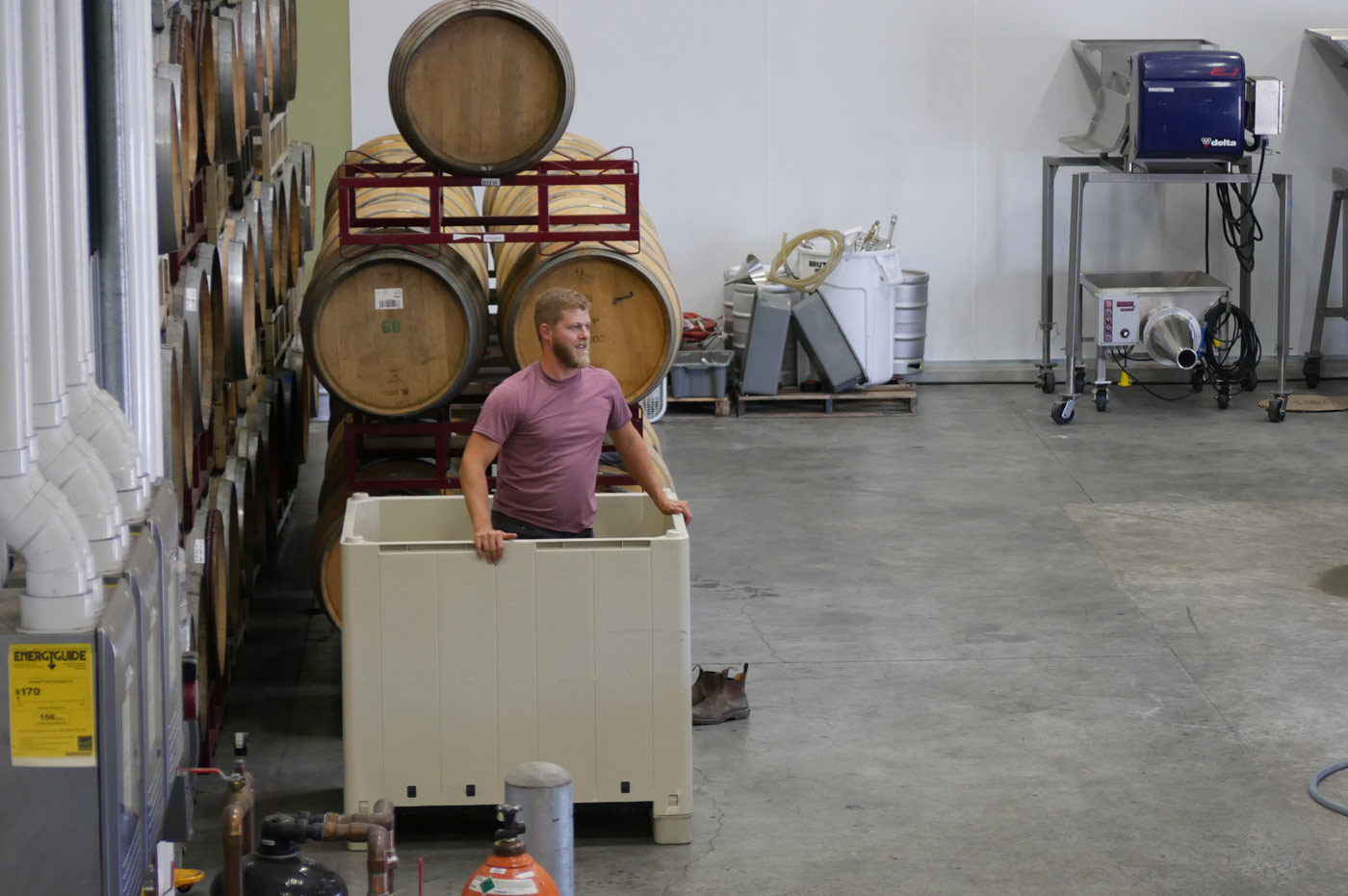 By the middle of September, we'd been grinding for nearly eight weeks. Every. Single. Day. But we were finally getting to taste the fruits of our labor. Our skin-fermented white blend was epic. Soulfully orange like a sun setting in the desert, abounding with fresh grapefruit, orange blossoms and citrus notes. The stuff was killer.

Harvest is relentless. It's rare—weird even—that it gives you a break. But there we were, in the middle of September, tired, with a rare lull.

It's Monday, late. There are four of us: Bertus, Ed, James and Lindsay. We're sitting around tasting through some juice (spoiler: it's great). "Let's go to the desert, I have an idea for this wine," one of us said. Wait, what? "Yeah, Joshua Tree National Park. You been? Let's do it. Tomorrow. I'm serious." Fuck it, they're right. Somebody call Southwest. 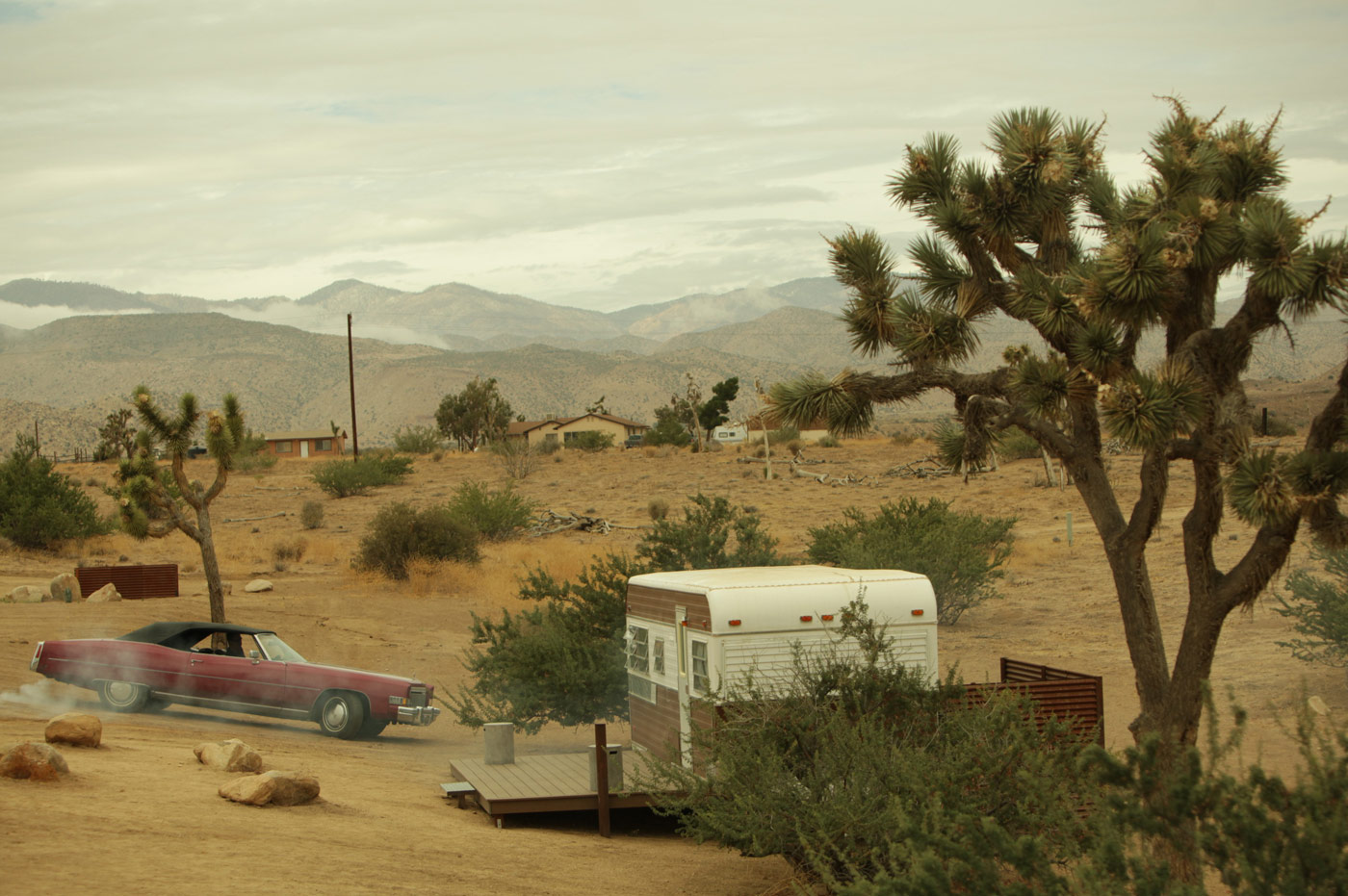 The next morning, we caught the first flight out to the high desert, in search of adventure, inspiration and a little trouble. Our photographer buddy, Rex, drove out from LA and grabbed us from the airport. We wisely arranged to borrow a friend's '74 Cadillac Eldorado so we could ride in style. He had her waiting for us at our casita in Pioneertown. 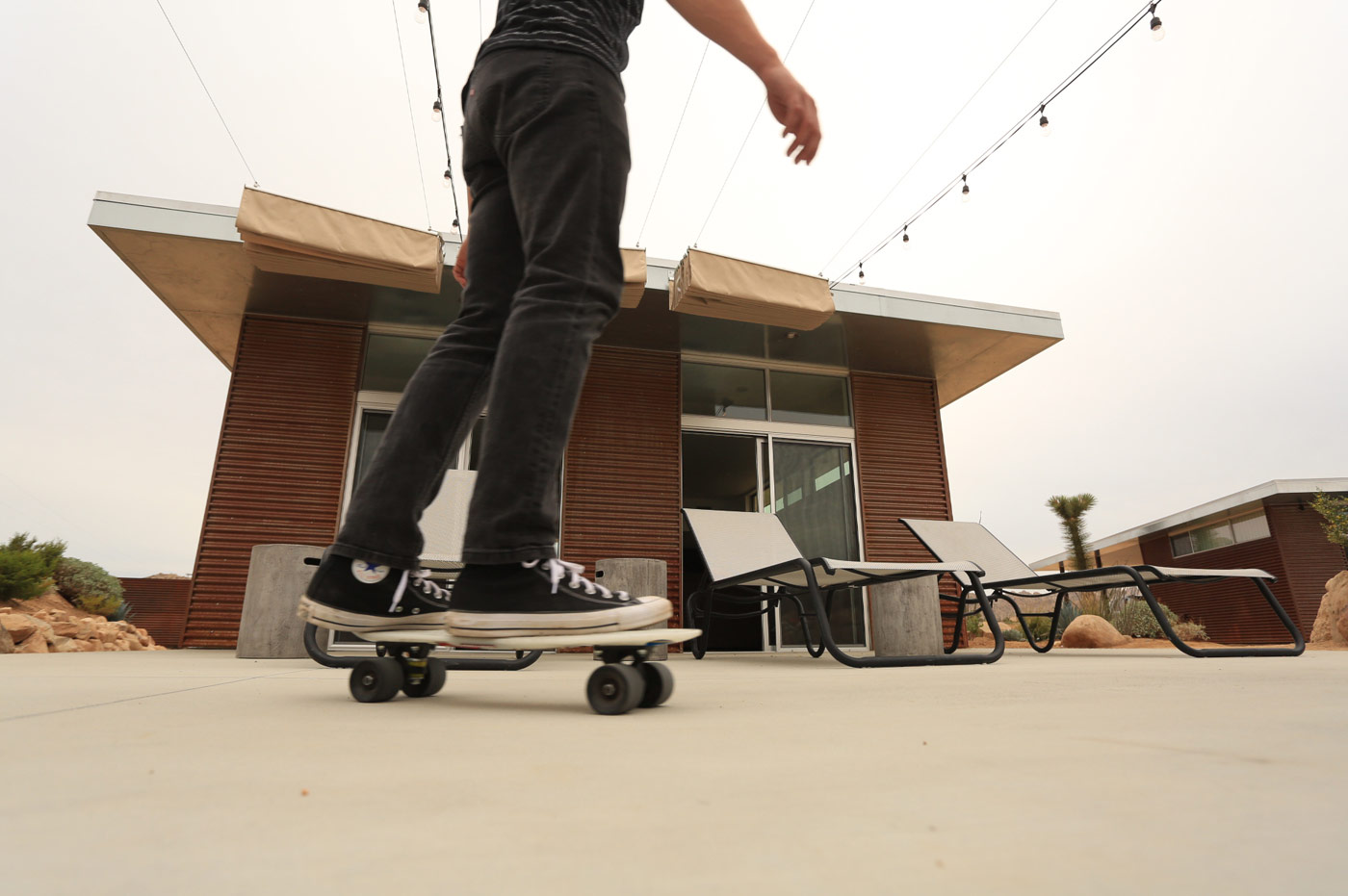 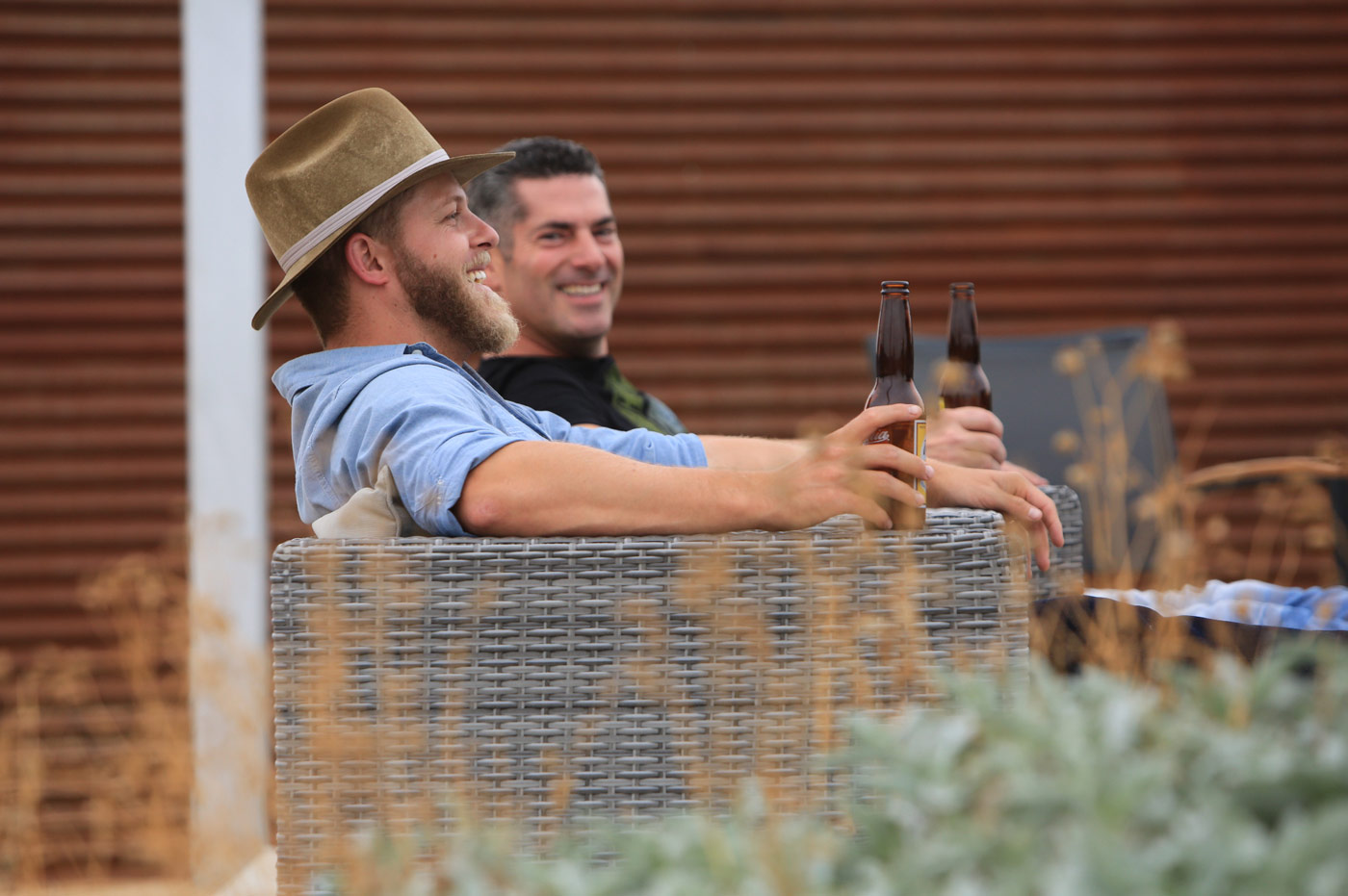 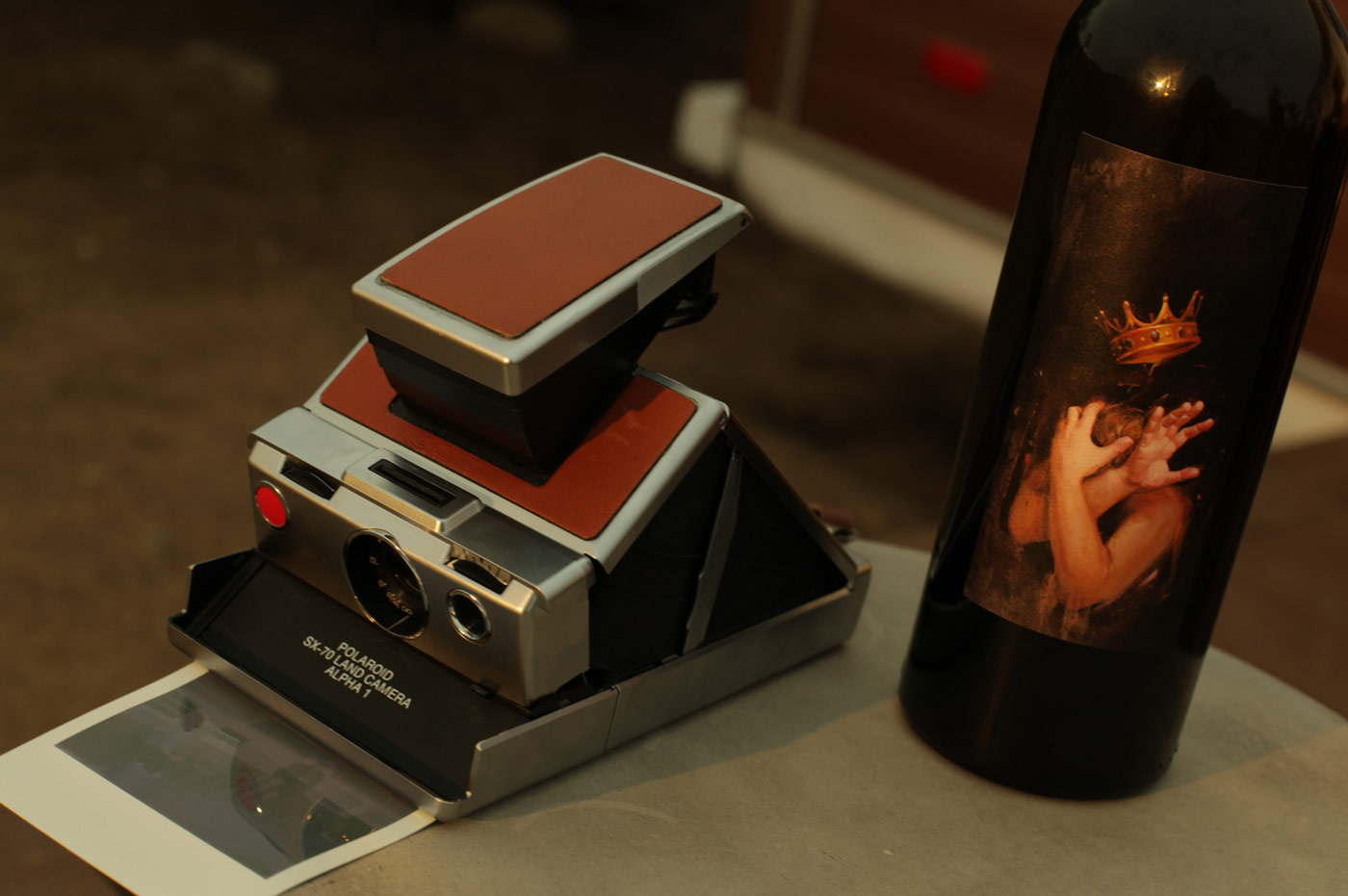 A short walk away, down a dark dirt road, we discovered Pappy + Harriet's Saloon, a legendary small-town roadhouse, quietly frequented by musicians like Robert Plant and Paul McCartney. We arrived to a packed house of locals for open mic night and the place was buzzing. Soon after the last musician unplugged his guitar, around maybe 10 o'clock, we retreated outside to grab a breath of the beautiful desert air. We noticed a local couple and struck up a conversation. 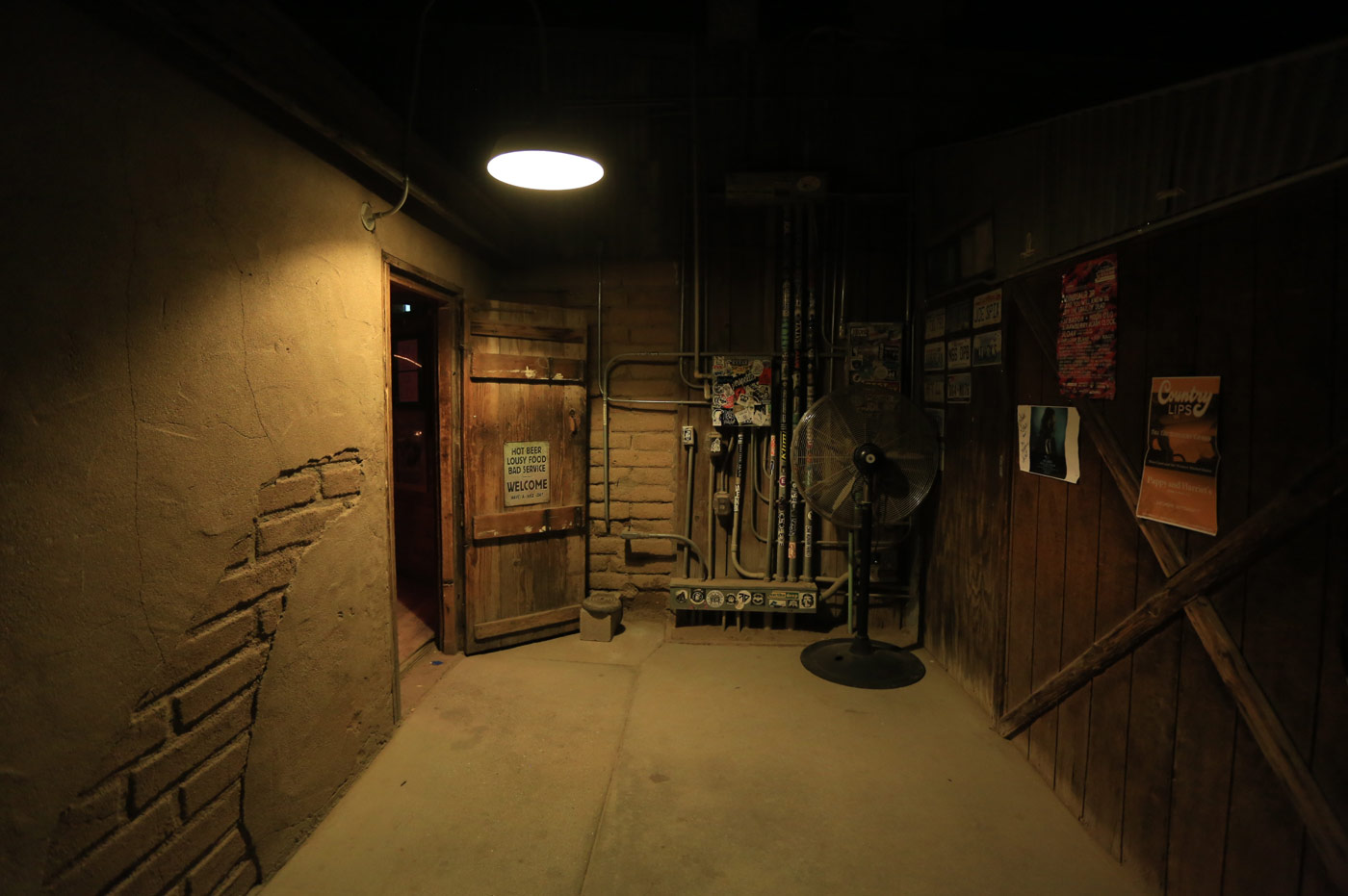 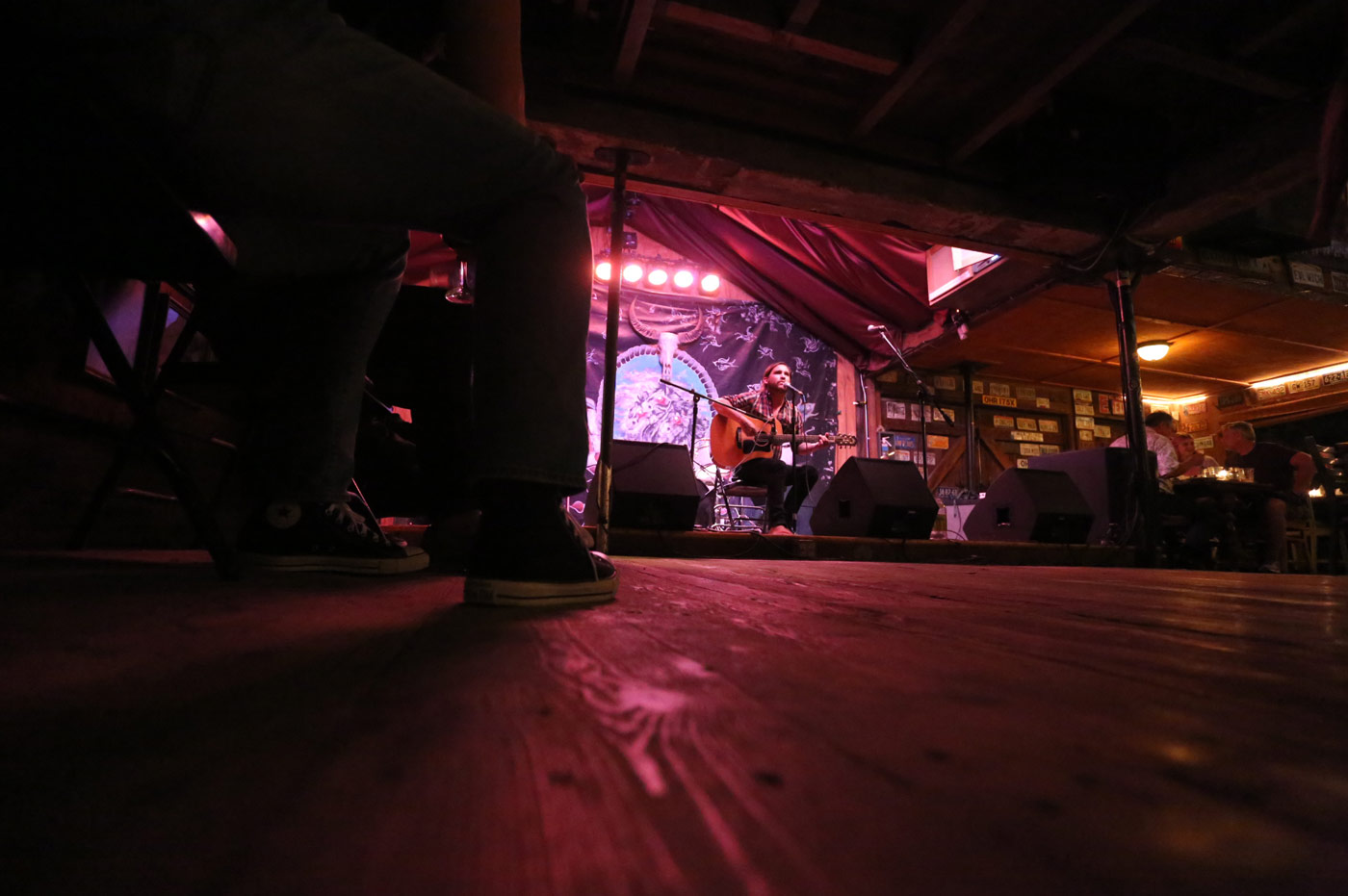 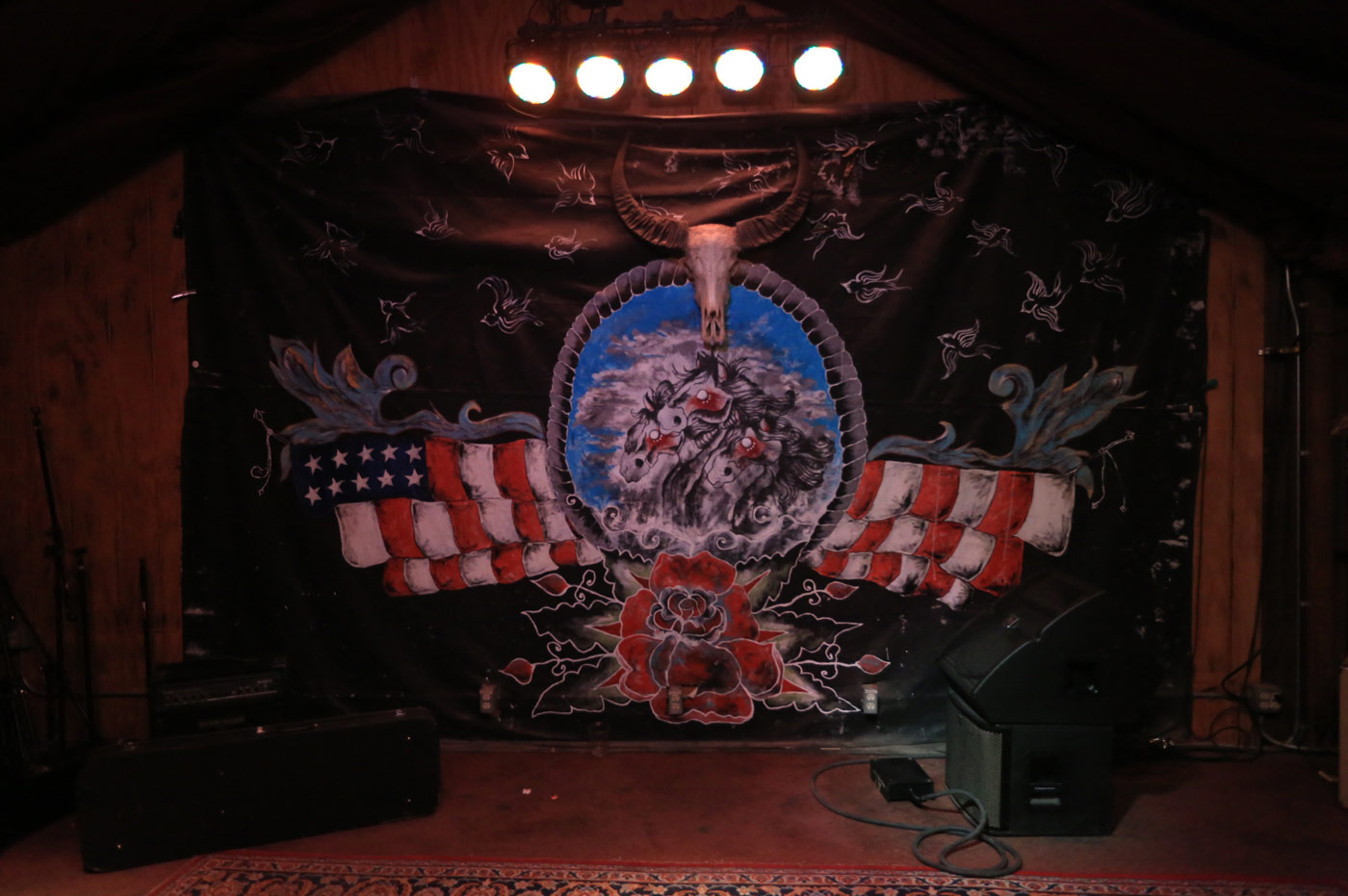 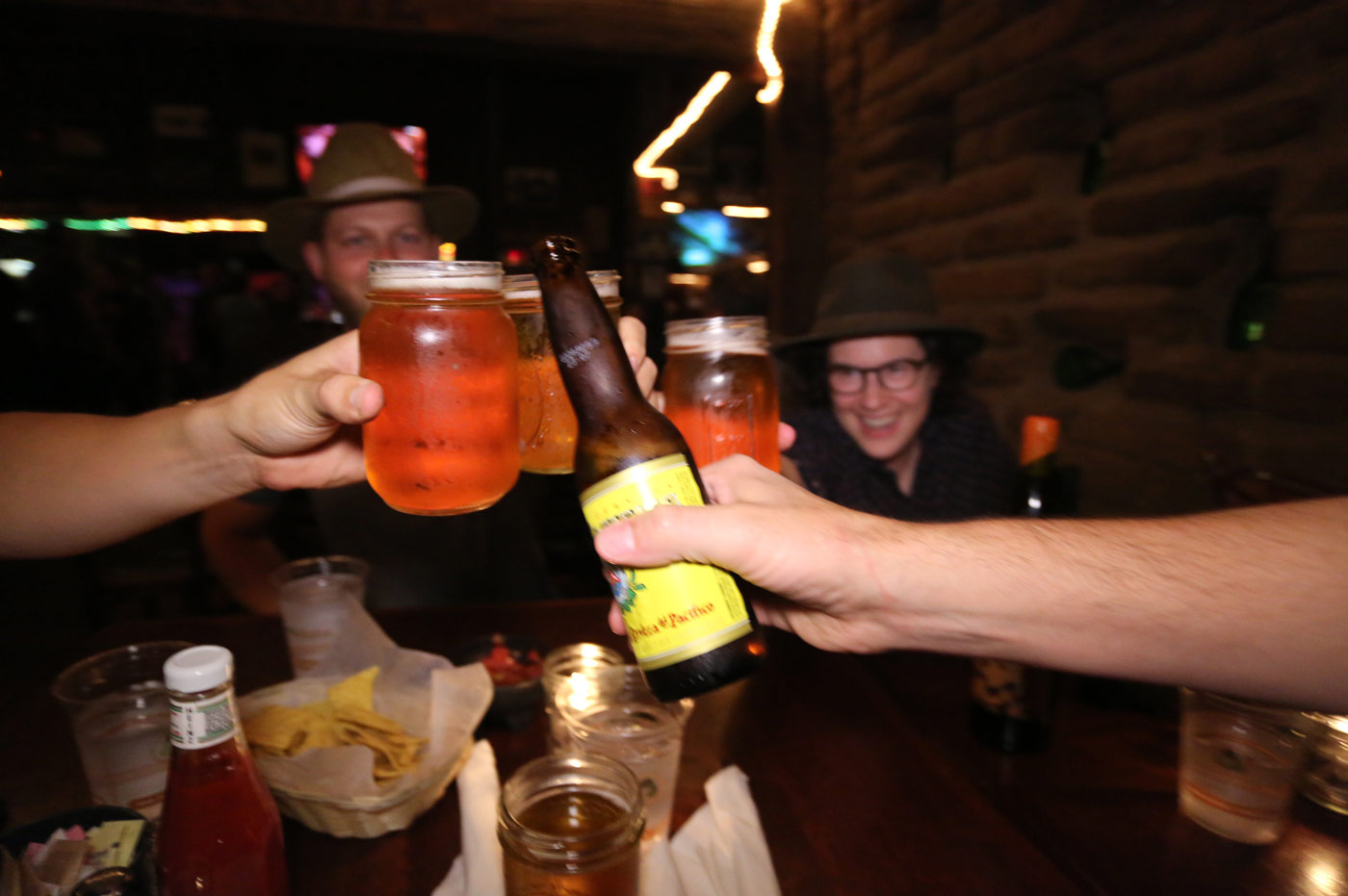 "We just got back from the park," they told us. Aaron and Sam are locals, from the high desert. They had normal gigs during the week, but spent their free time in Joshua Tree. Every year, on the anniversary of Gram Parsons' passing, they made the pilgrimage to Cap Rock, where his ashes are spread. 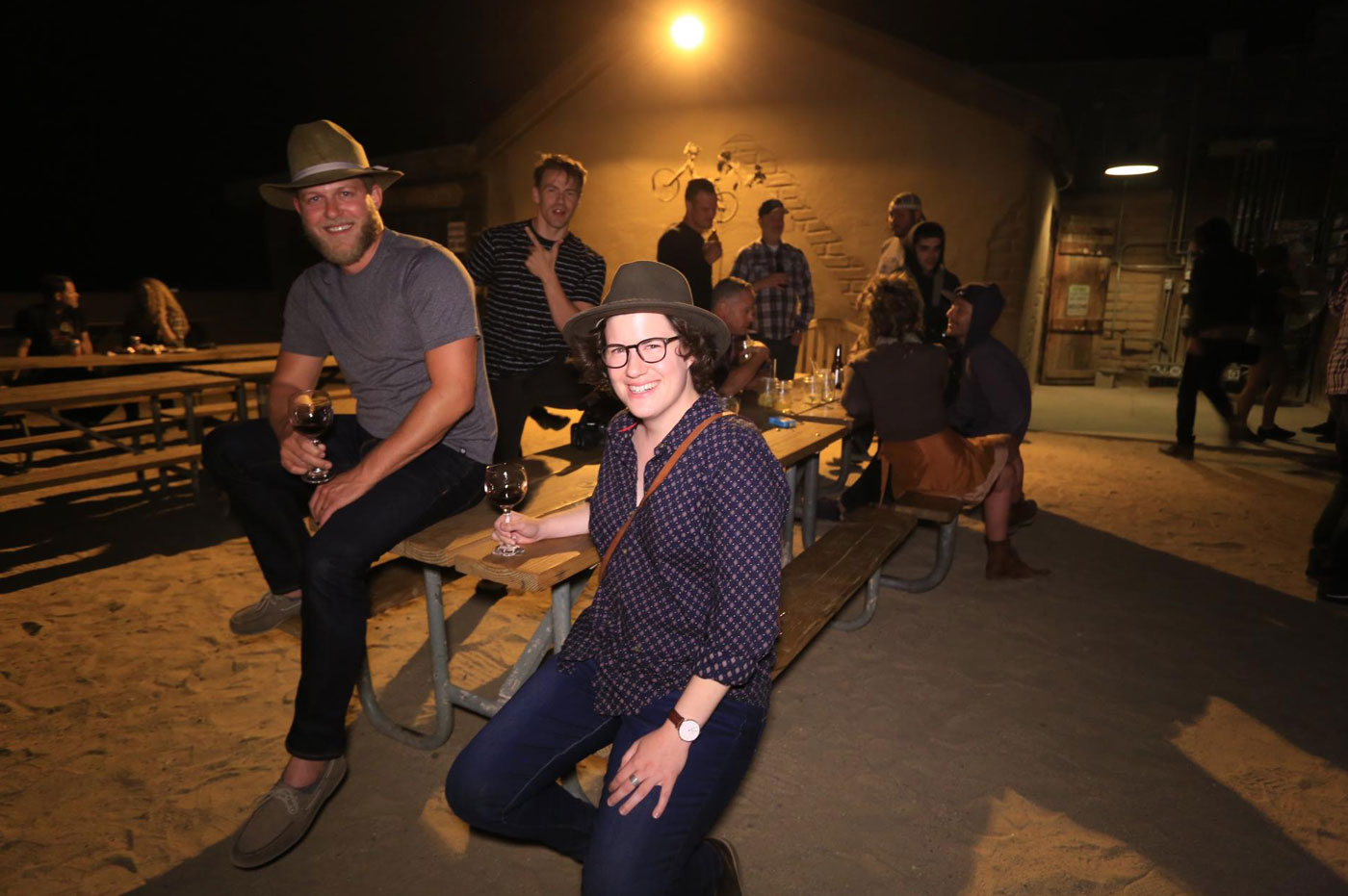 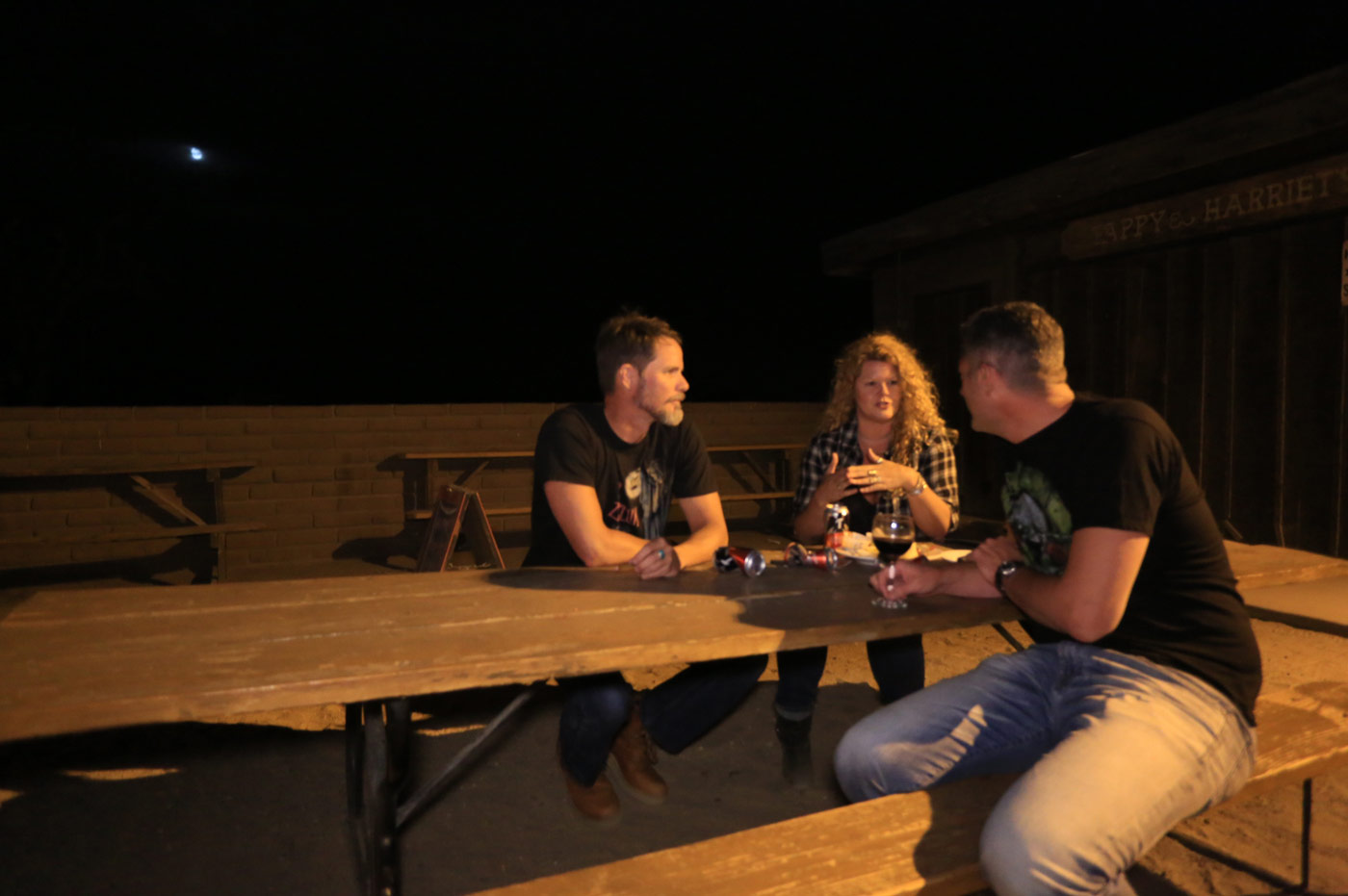 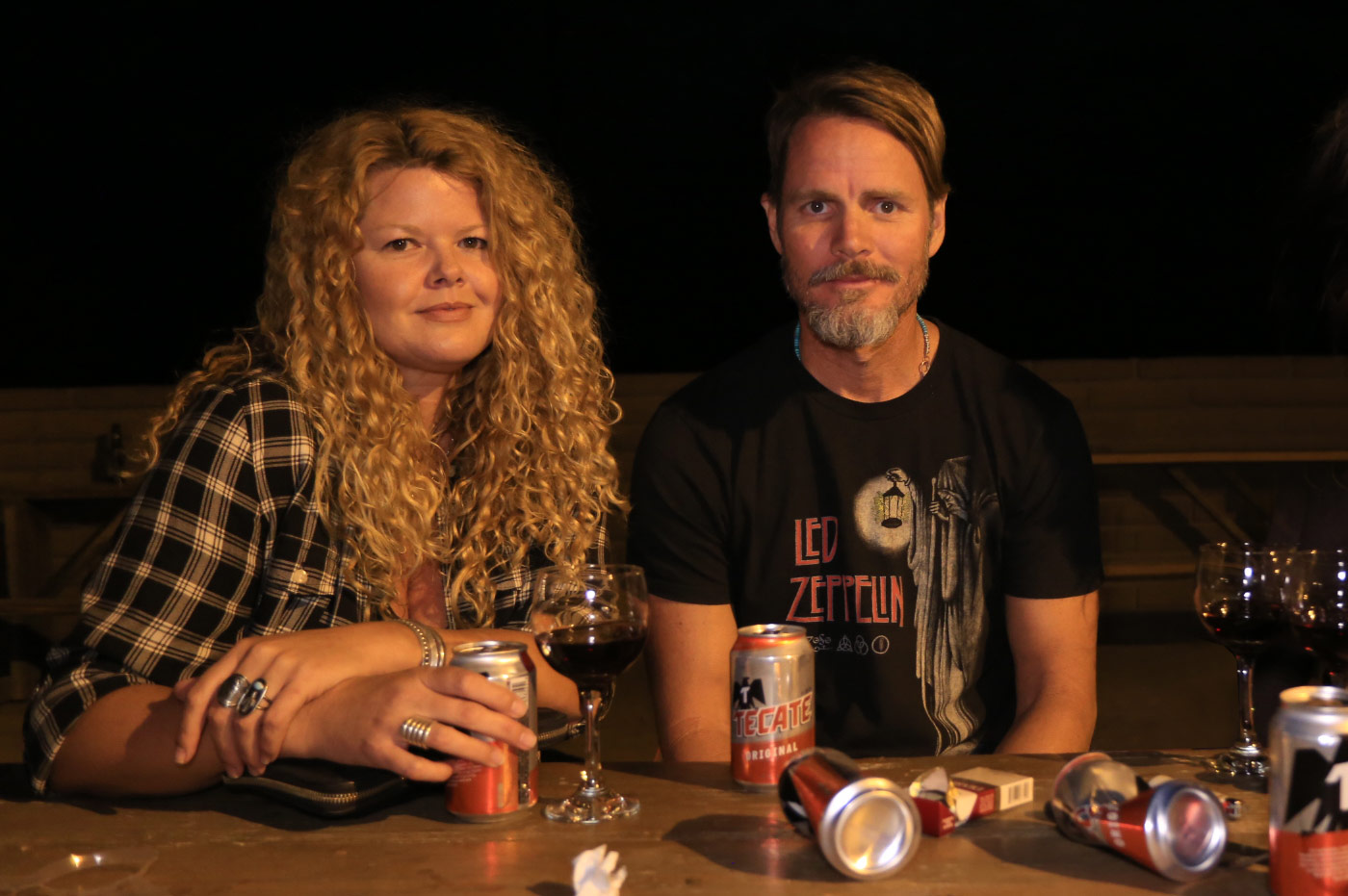 During the '60s and early-'70s, Gram Parsons blended rock, country and blues into something he called "Cosmic American Music." He was obsessed with Joshua Tree and informed his closest friends that he wished to be buried there.

On September 19, 1973, Parsons overdosed on morphine inside room #8 at the Joshua Tree Inn. His family arranged to have his body flown back to Louisiana for a traditional burial, but Parsons' road manager and assistant had other plans. First, they showed up to LAX in a hearse, claiming to be from the funeral home. Next, the two clumsily took possession of Parsons' casket and high-tailed it out to the desert. There, they fulfilled Parsons' final wish, cremating him under the desert stars in Joshua Tree. They don't make stories more rock 'n' roll than that, my friend. 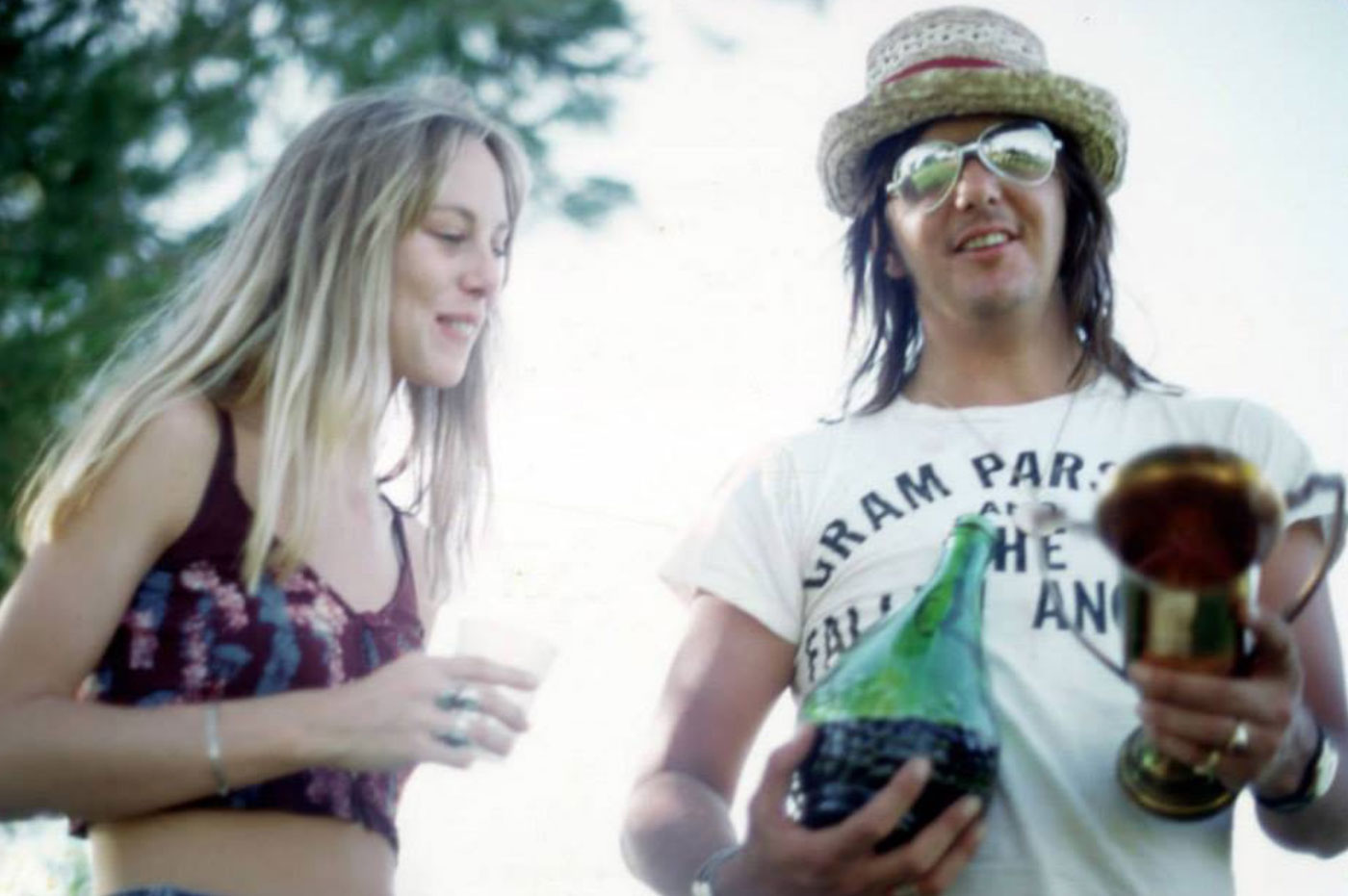 "Holy shit. It's still September 19th. We've got time. Will you take us?!" we begged the couple. Luckily, Aaron and Sam's dream is to share the park with like-minded explorers. Of course they'd go back. "Hell yes, let's go!" Not 90 seconds later and we were in the Cadillac, beneath ethereal skies, trailing an old pick-up truck out to Joshua Tree. 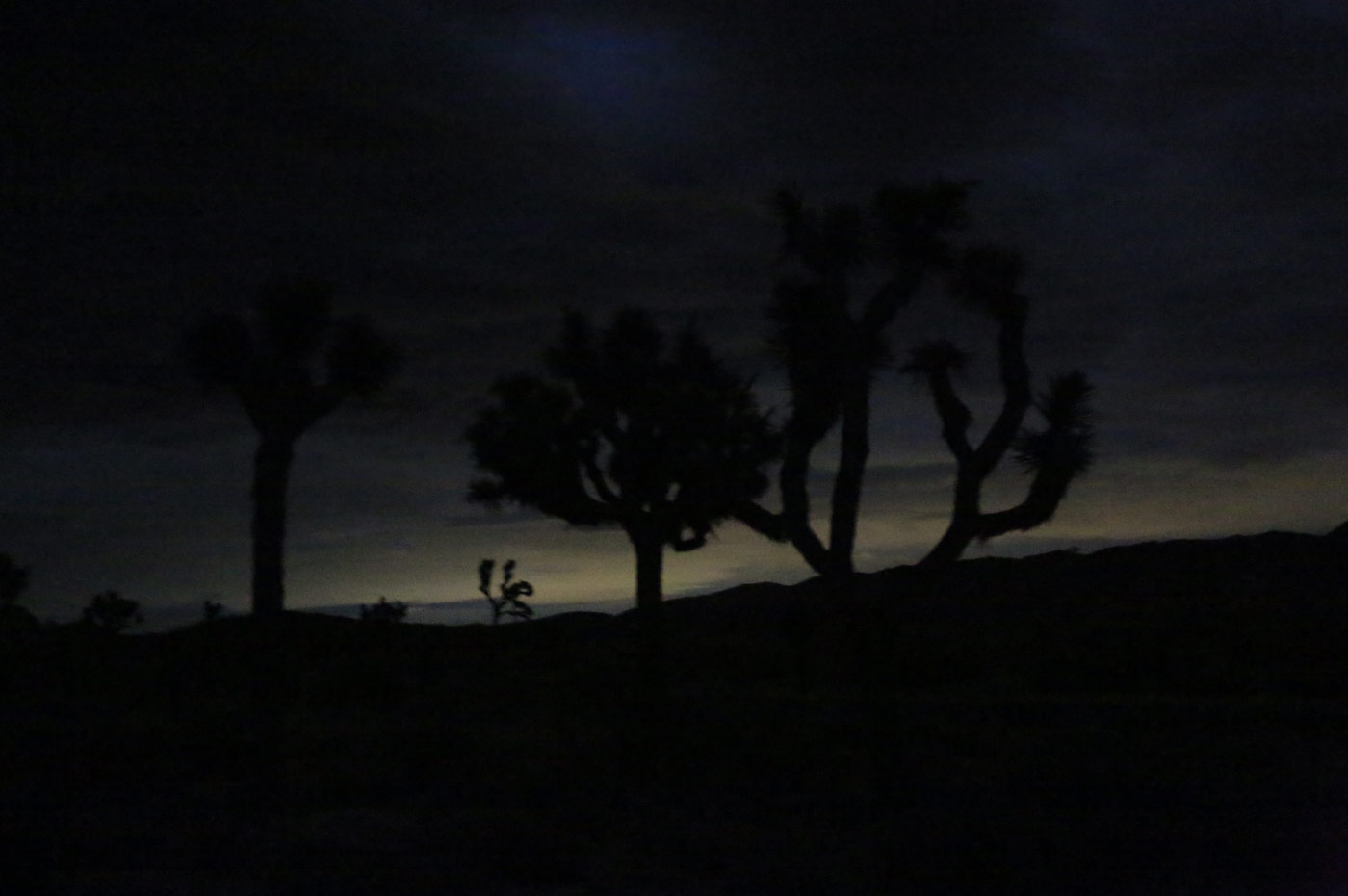 And yeah, the thought did cross our minds. Our new high desert friends might be luring us out to nowhere to rob and leave us in shallow graves. Our winemaker, Bertus, had just put some deliciously marked-up bourbon on the company card, so we wouldn't blame them if they did. But Aaron and Sam seemed trustworthy, and honestly, we didn't care.

After about an hour of driving (thanks, Rex, for DDing), the pick-up truck ahead of us stops. We're here; Cap Rock, inside of Joshua Tree National Park. Gram Parsons' final resting place. "Most people think it happened over there," our friend Aaron gestures, "but us locals know it happened right over here." Sam leads the crew through darkness, illuminated only by a sky-full of stars.

It's nearly midnight and we're the only ones around. No cell phone service, just alone, lost amongst thousands of otherworldly trees and whatever creatures loom in the dramatic rock formations. A gentle, calming drizzle greets us. "It never rains like this here," Sam says. It's magical, you can feel it in your bones. 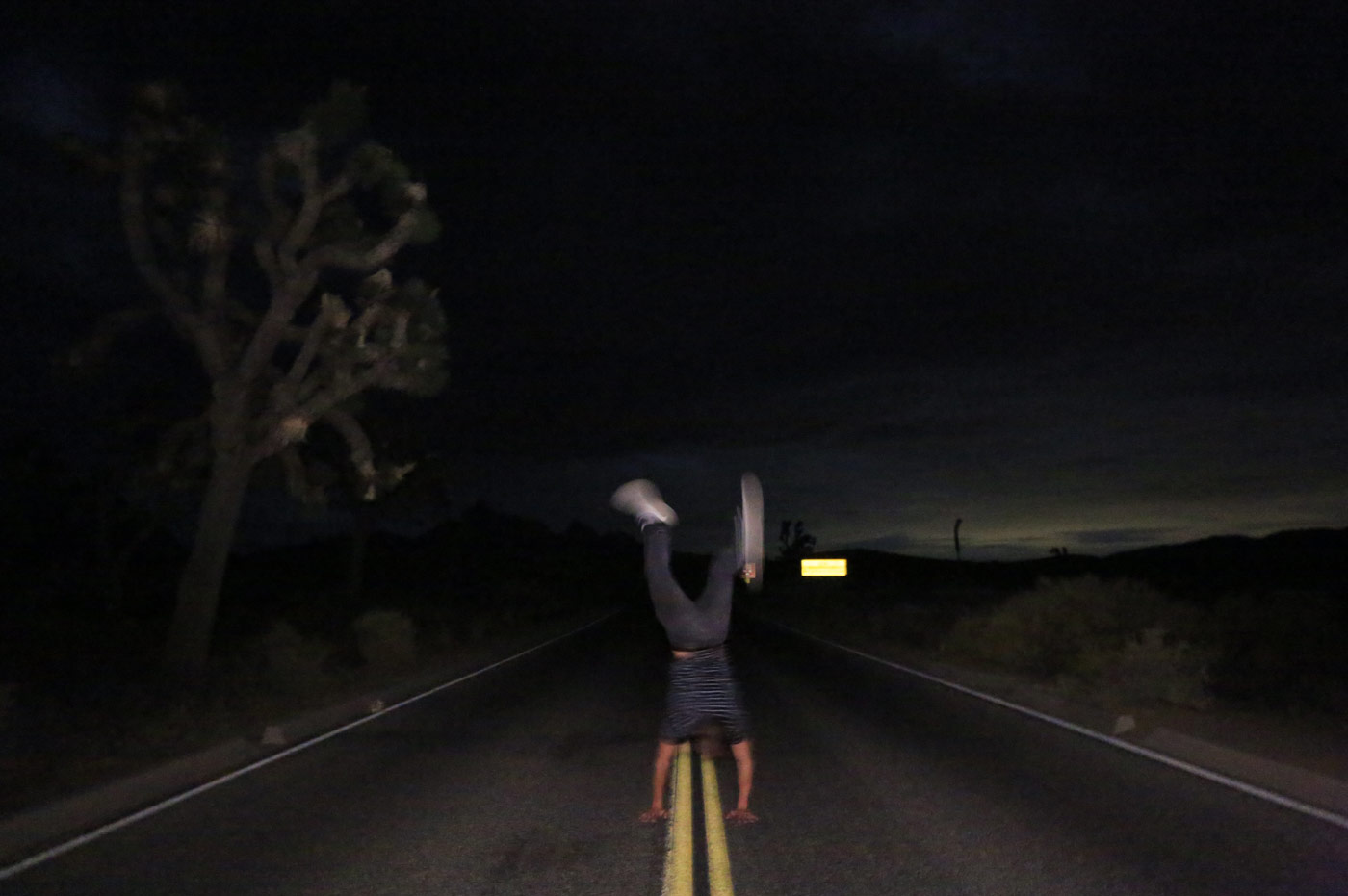 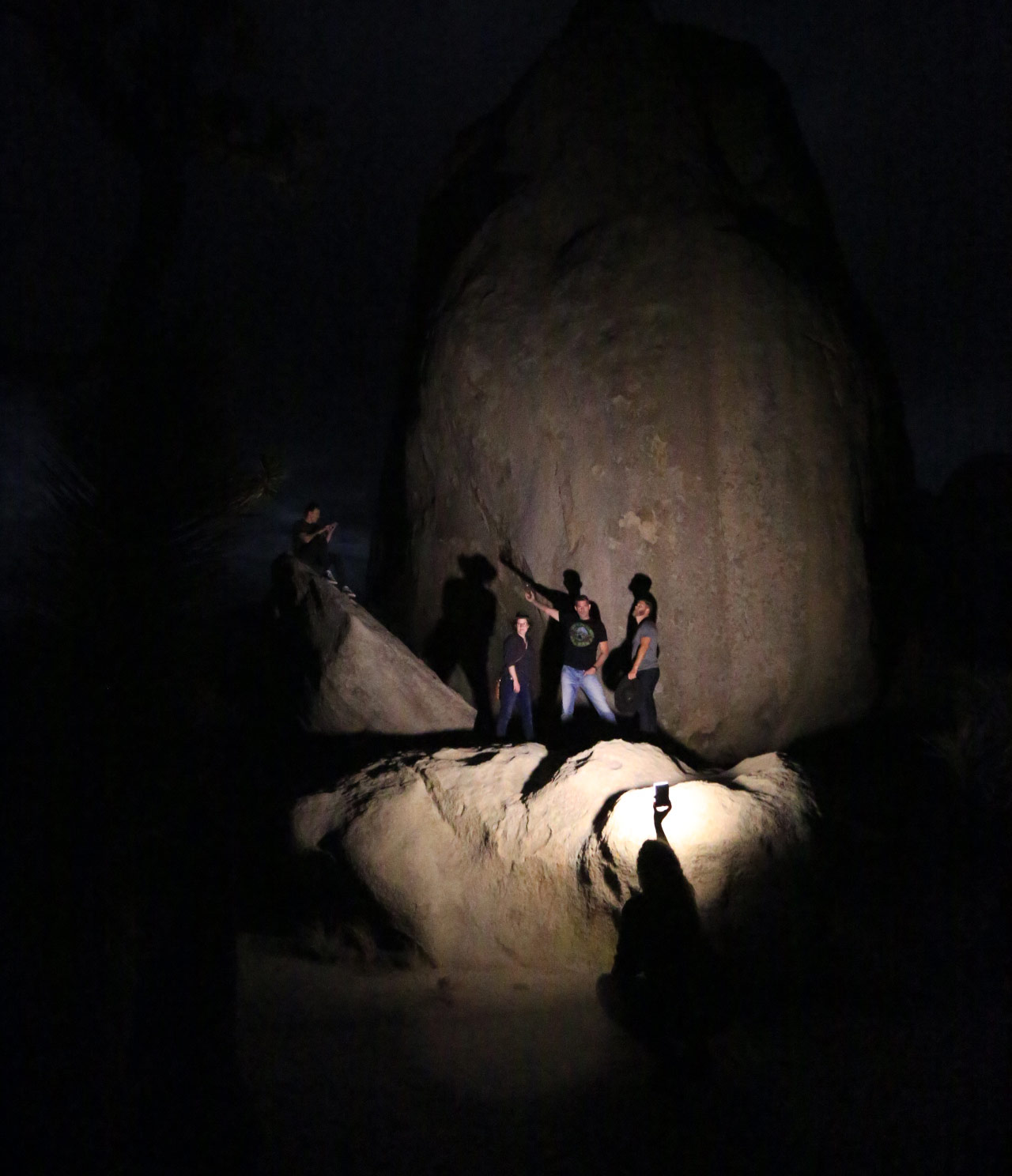 Eventually we made it to a humble rock face, the place of Parsons' cremation. "I remember every word you said, your voice still rings inside my head," reads a makeshift graffiti memorial. It was time to pay our respects. We filled up some plastic cups with our roadhouse bourbon; six for us and one for Gram. Cheers to a life well-lived, to getting lost and to Joshua Tree. 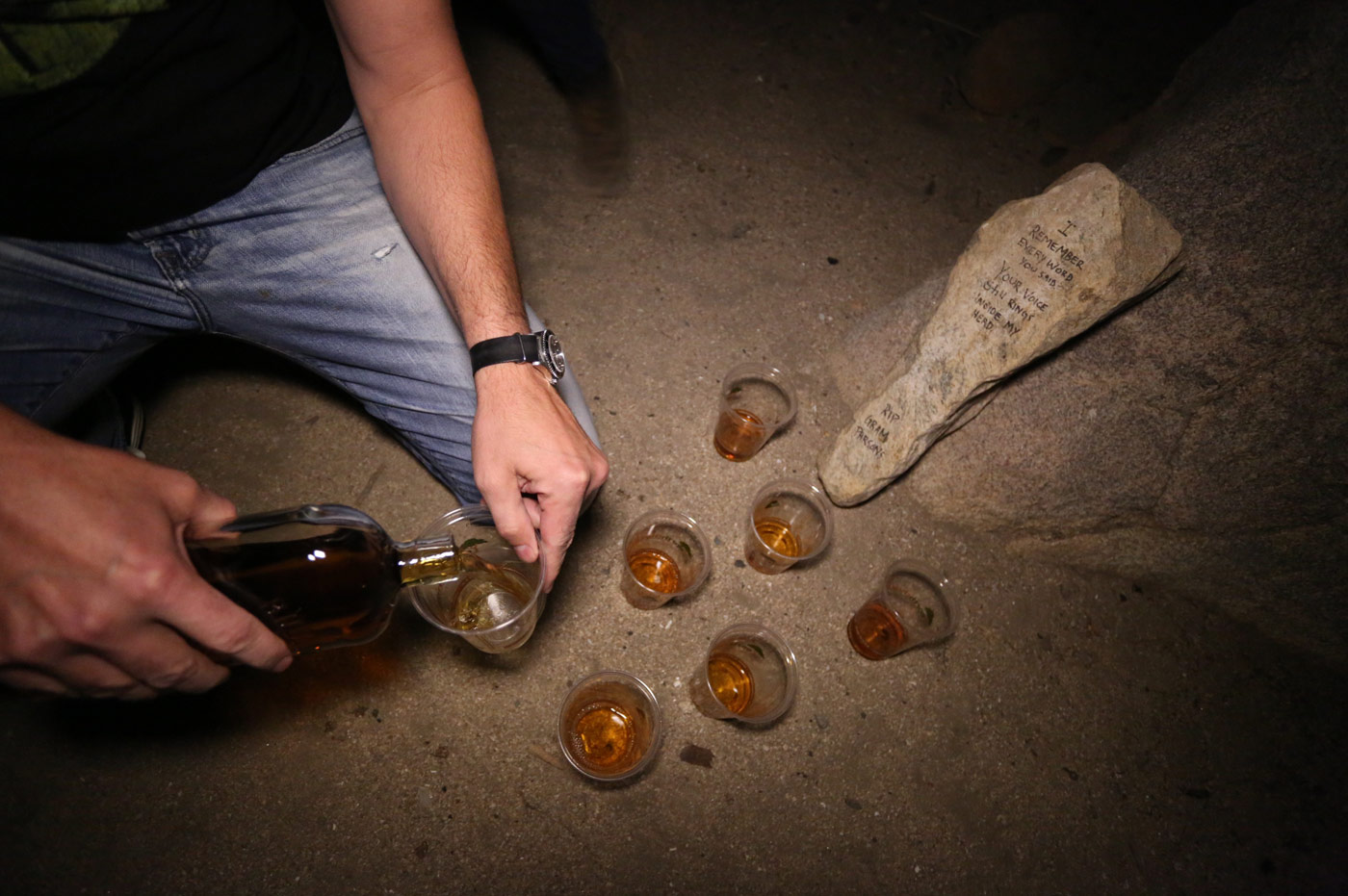 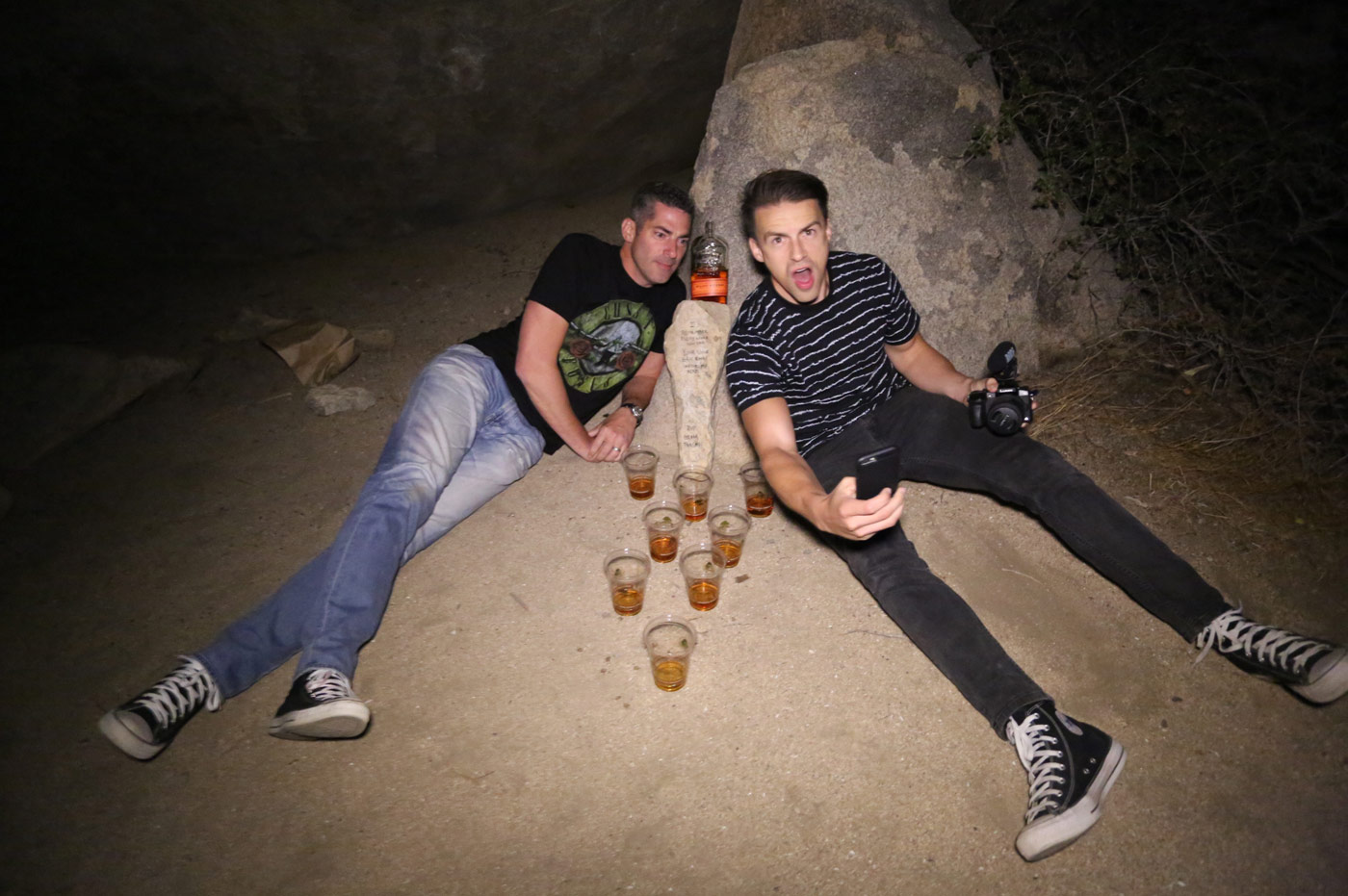 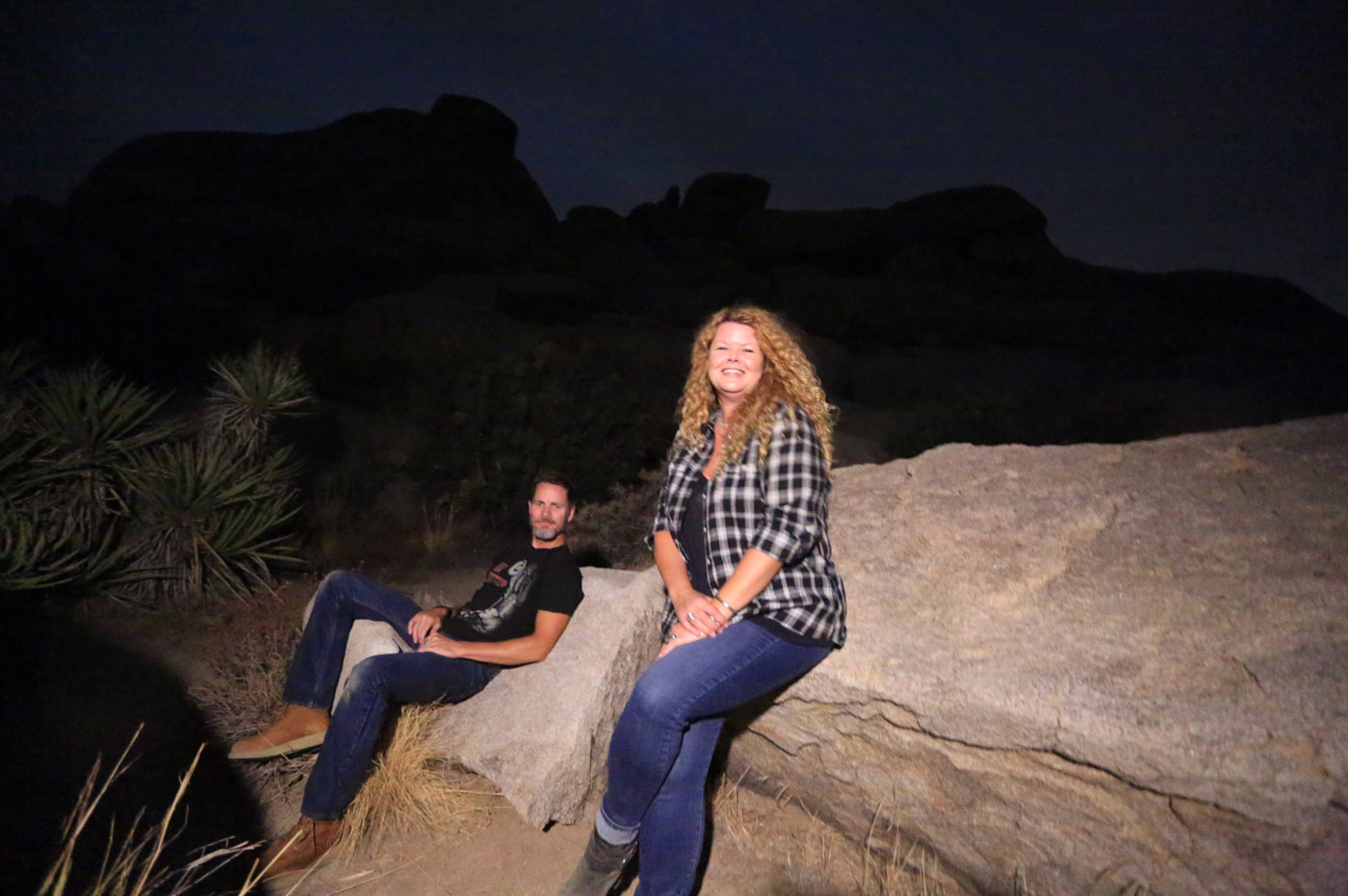 The next couple hours, we won't ever forget; exploring the dark wilderness and sharing stories of love and loss with our new desert friends. Eventually, it was time to head back to Pioneertown. We thanked Aaron and Sam for helping fulfill our dreams, and they said the same to us. It's true what they say, never dream alone.

Though we spent the night on the floors of our two small casita rooms and the vintage trailer out back, we woke up before sunrise, somehow reinvigorated. After a quick breakfast, we grabbed a few bottles of wine and hit the road. The desert scenery is incredible. Old highways wind up and down hills, around incredible rocks and sun-scorched hideaways. We explored Pioneertown a little more and then charted course back to Joshua Tree. We had an idea, after all, and we had work to do. 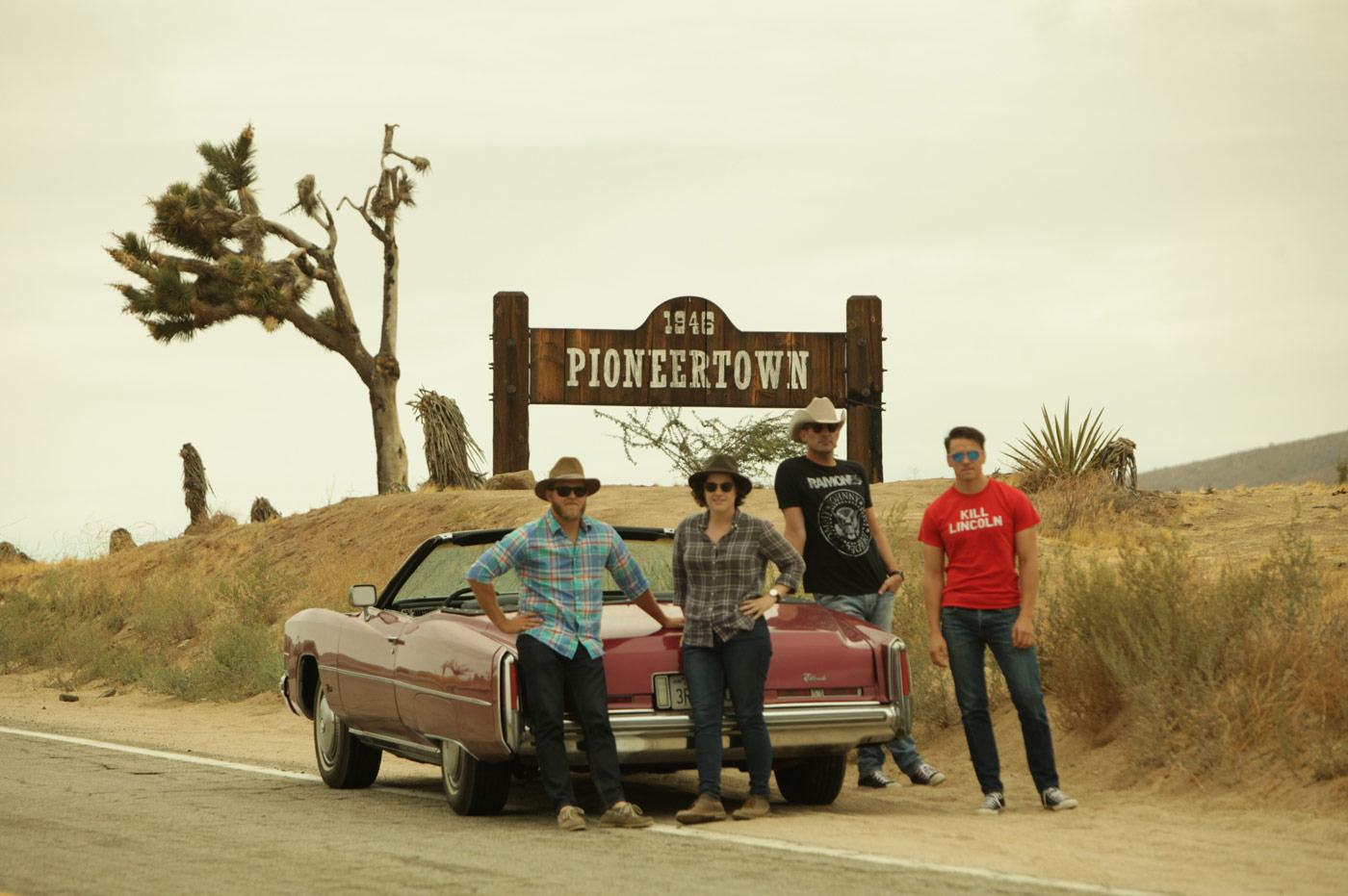 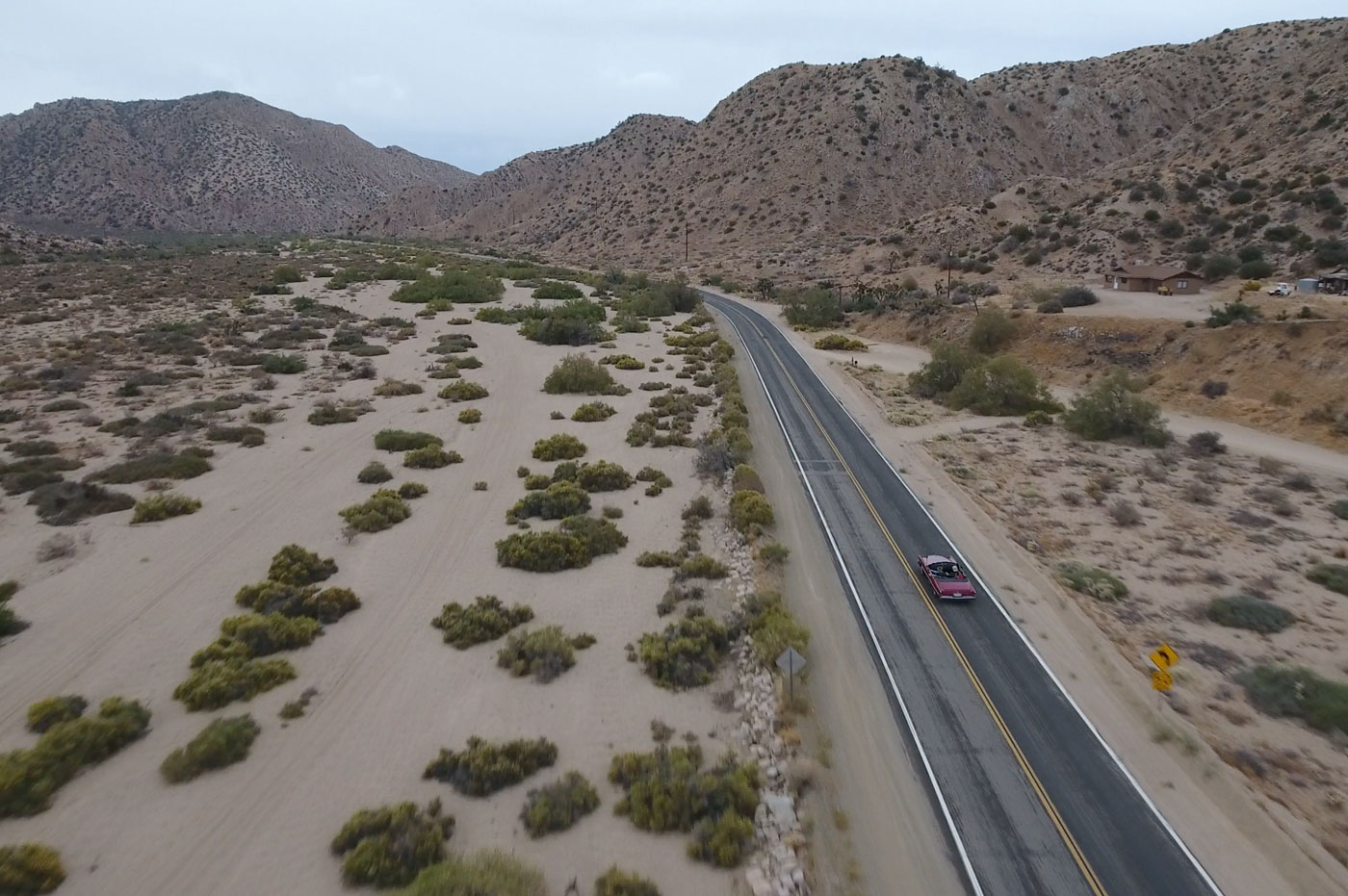 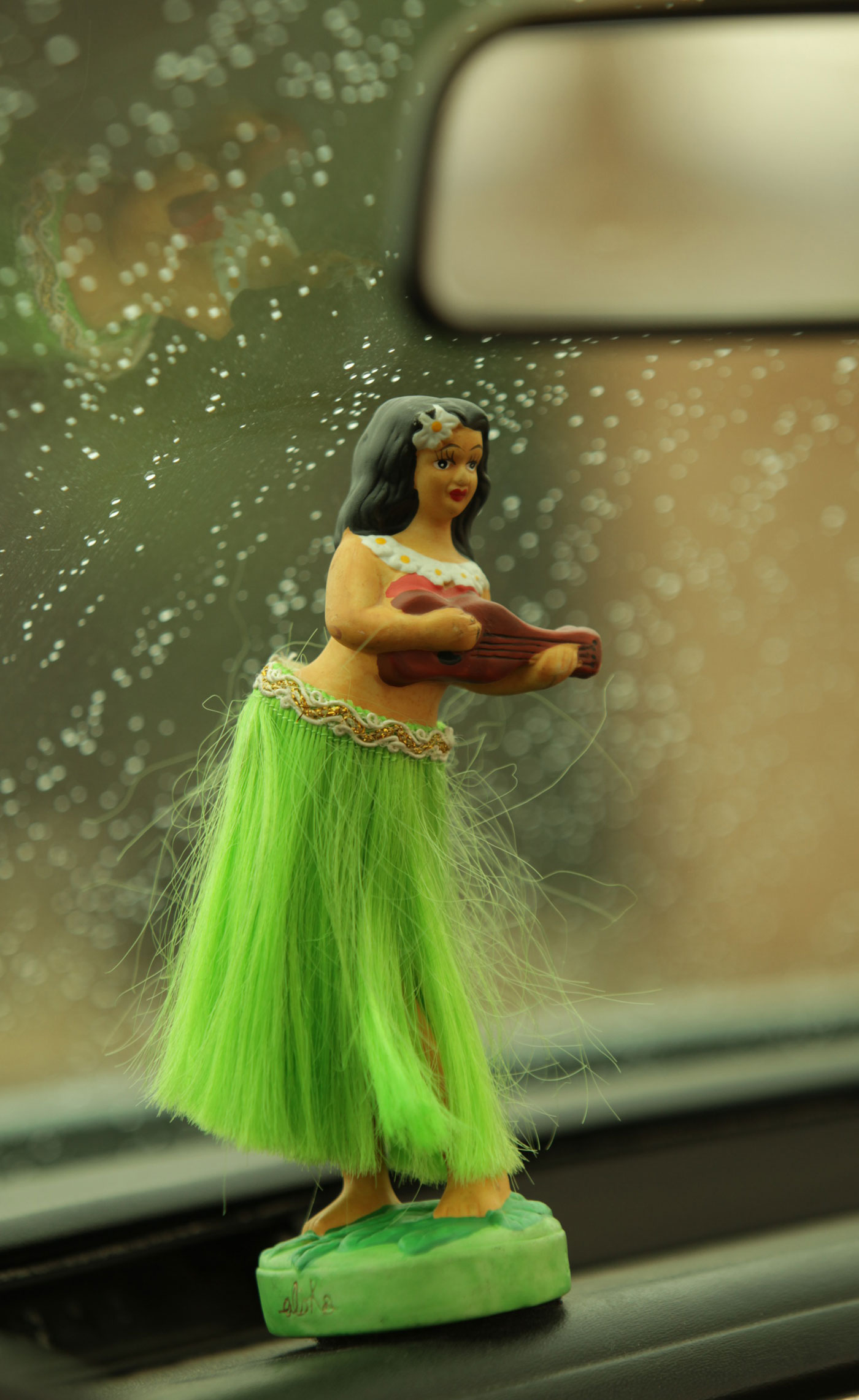 Joshua Tree during the day is a completely different place than Joshua Tree at night. The landscape is saturated with these creatures, as far as the eye can see.

The Joshua Tree is one of the most unique plants on earth, growing only in a small desert area of California, Nevada and Arizona. The name Joshua came from Mormon settlers. The tree's unique branches reminded them of a biblical story in which Joshua reaches his arms up to the heavens in prayer. 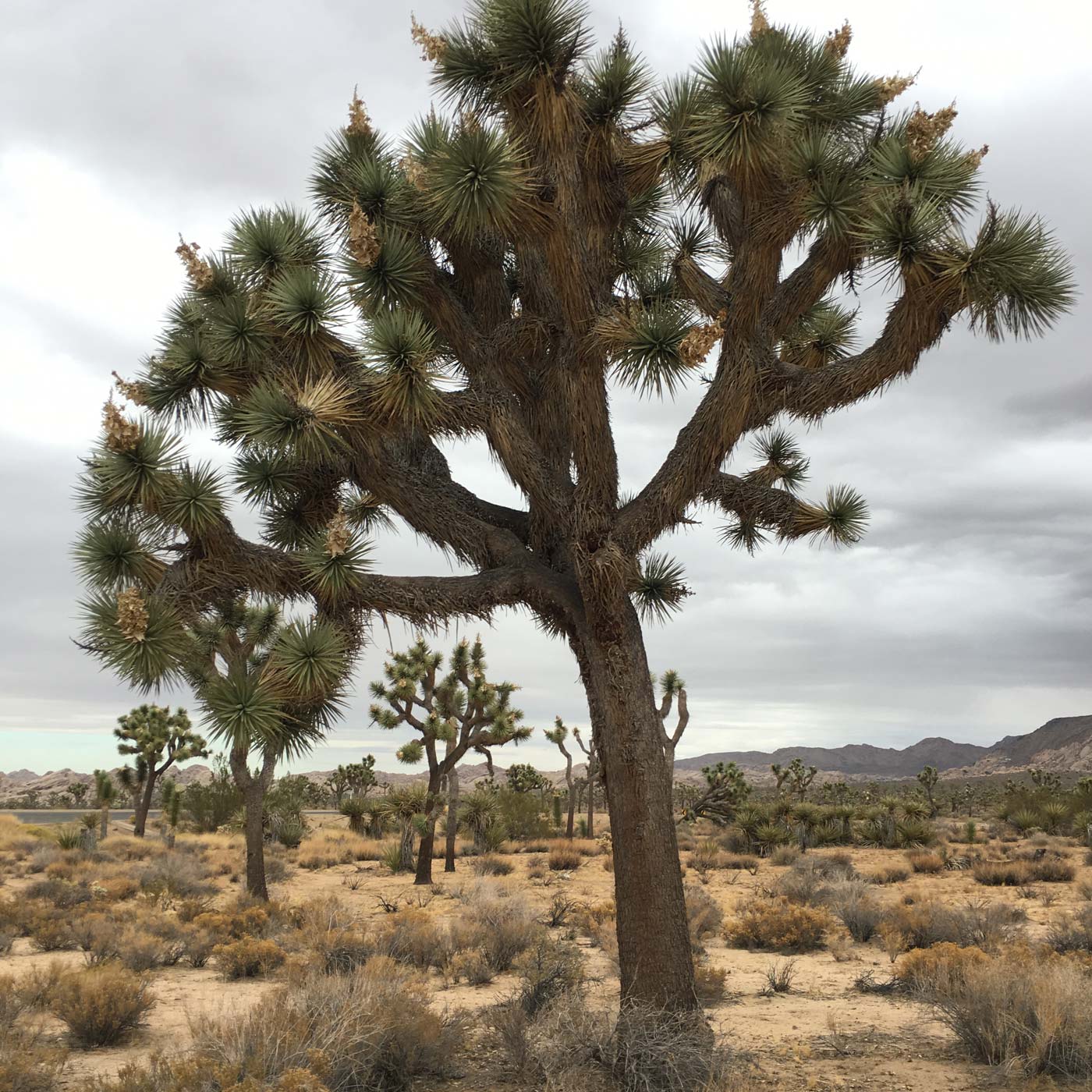 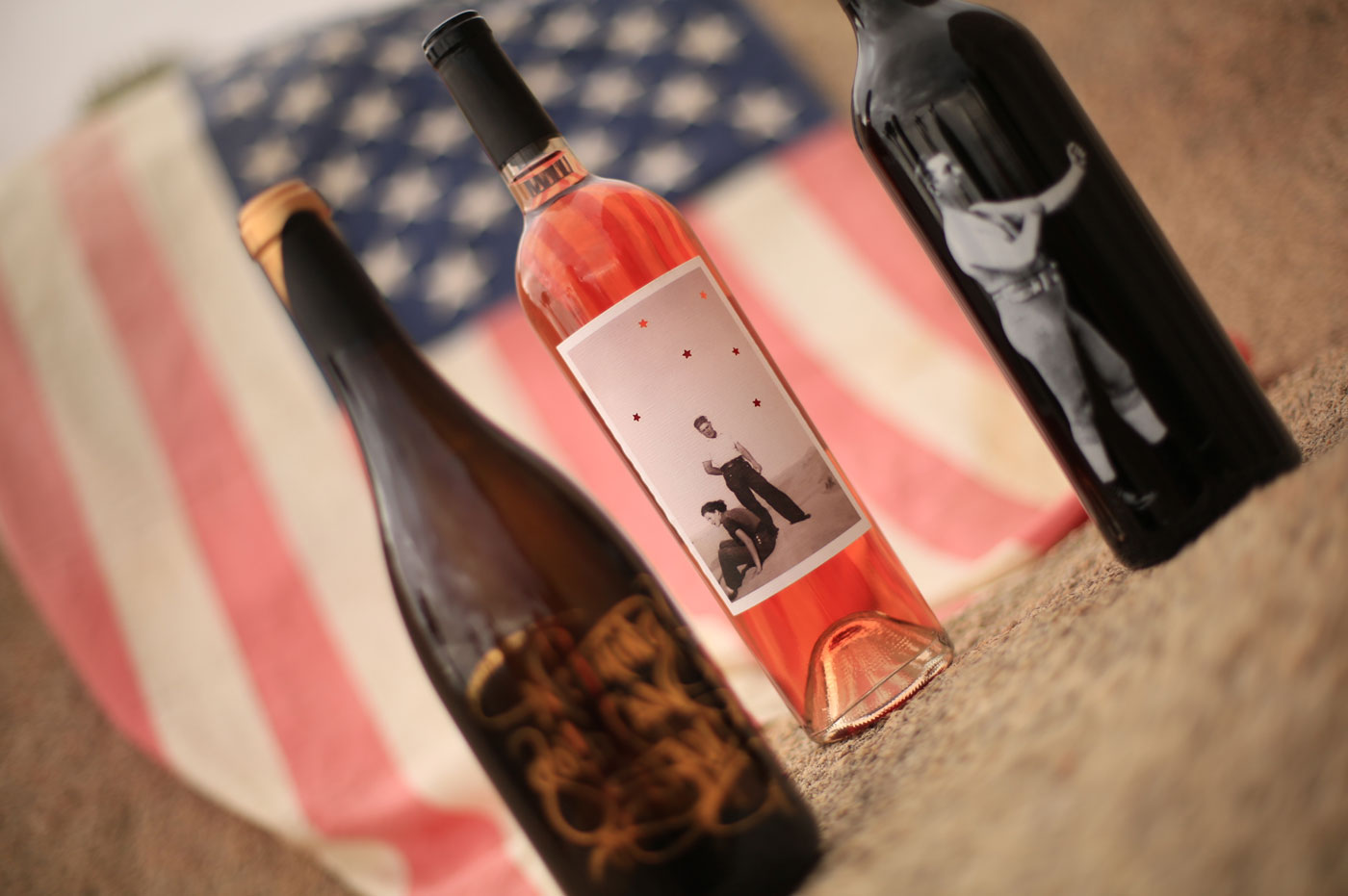 We spent the rest of the day getting to know the park, drinking wine and taking photos. Every tree, weirder than the next. While two long months of harvest awaited us back at home, for this moment, we were lost. As twilight approached, that idea we had 48 hours' earlier now sat right in front of us. A soulfully orange sun, gently setting behind the hills. Two Joshua Trees praying up to the heavens and an empty road leading to limitless destinations. This was the shot. This would become the face of our new wine. Gram would be proud. 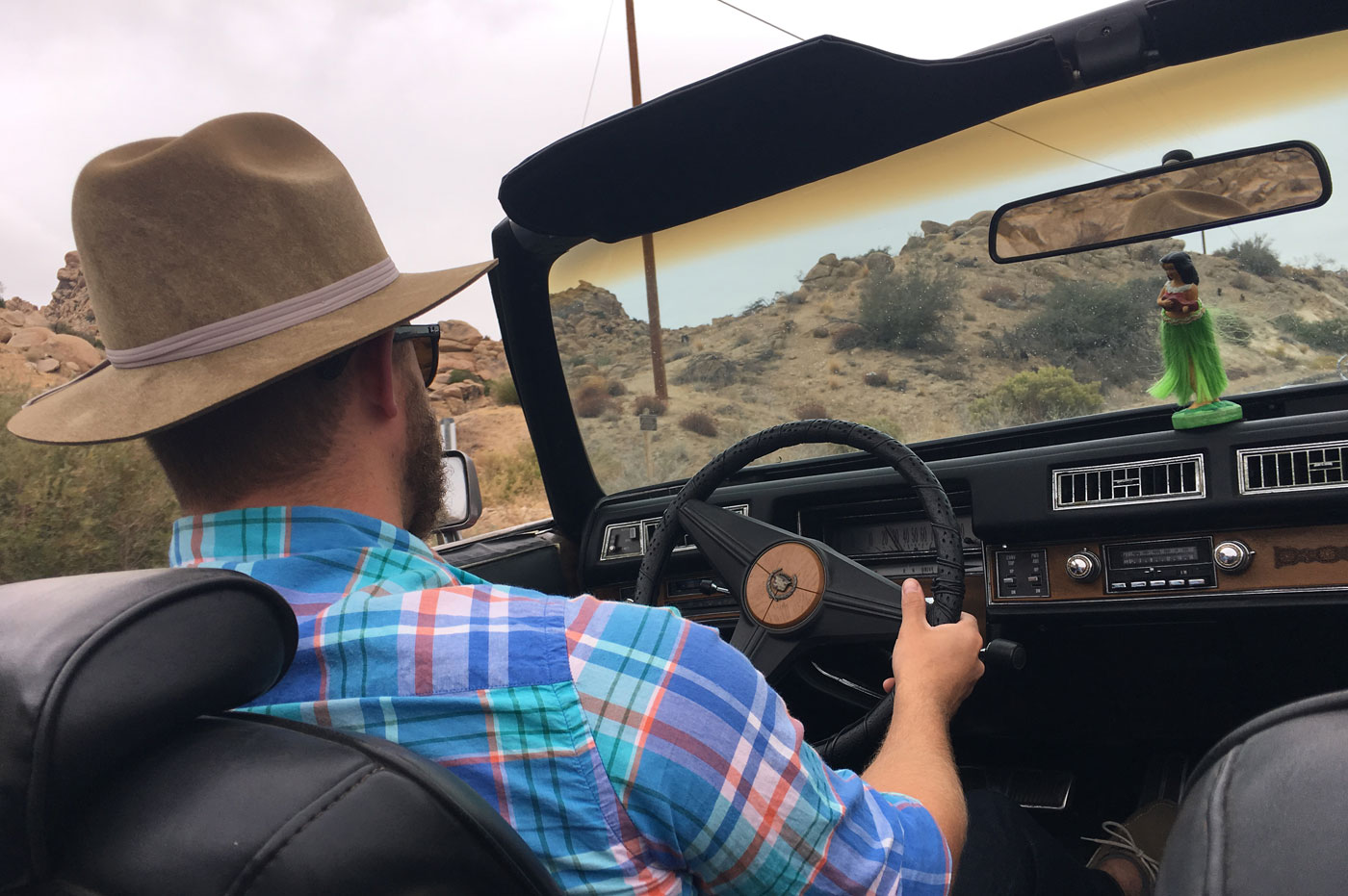 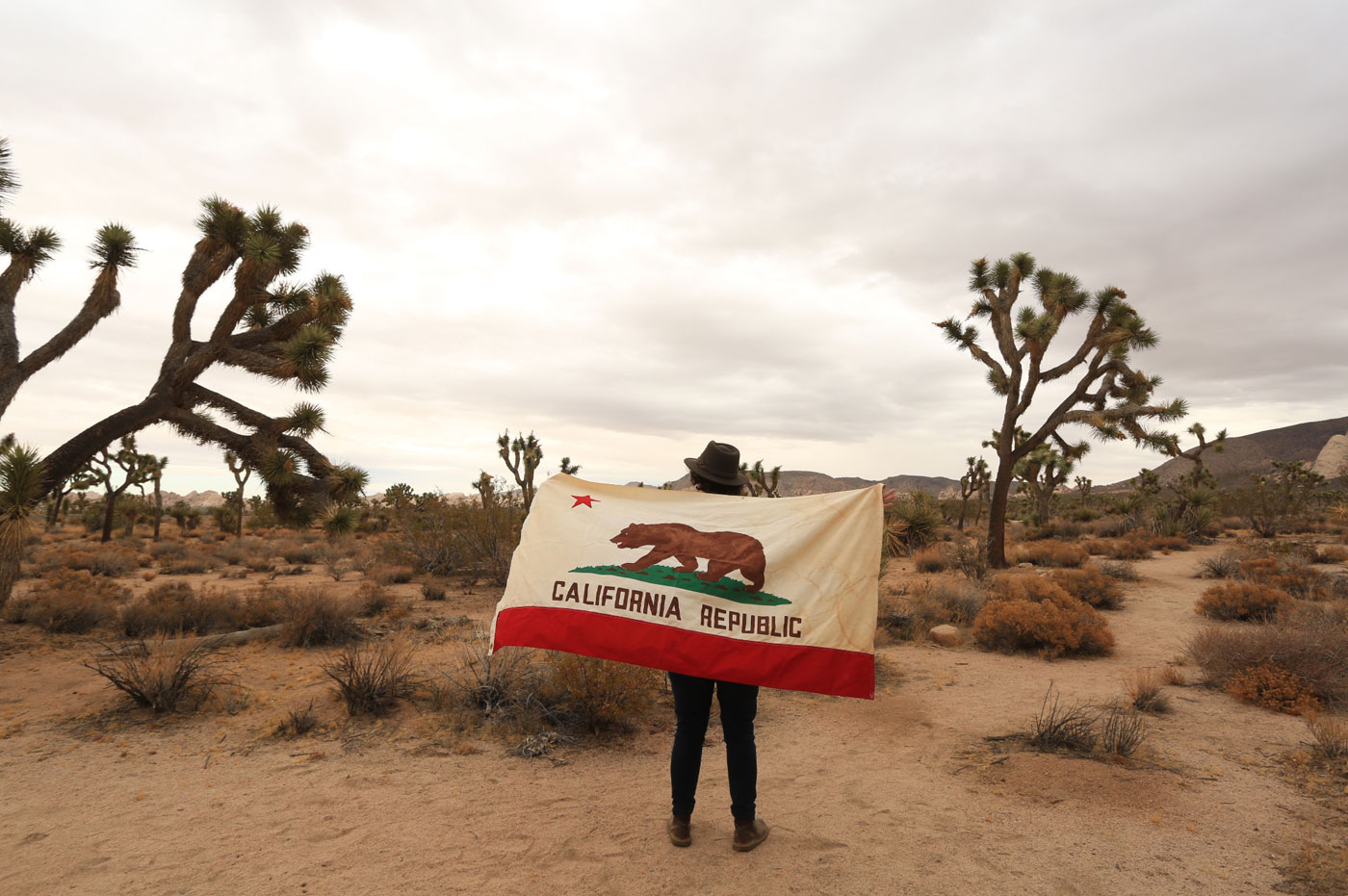 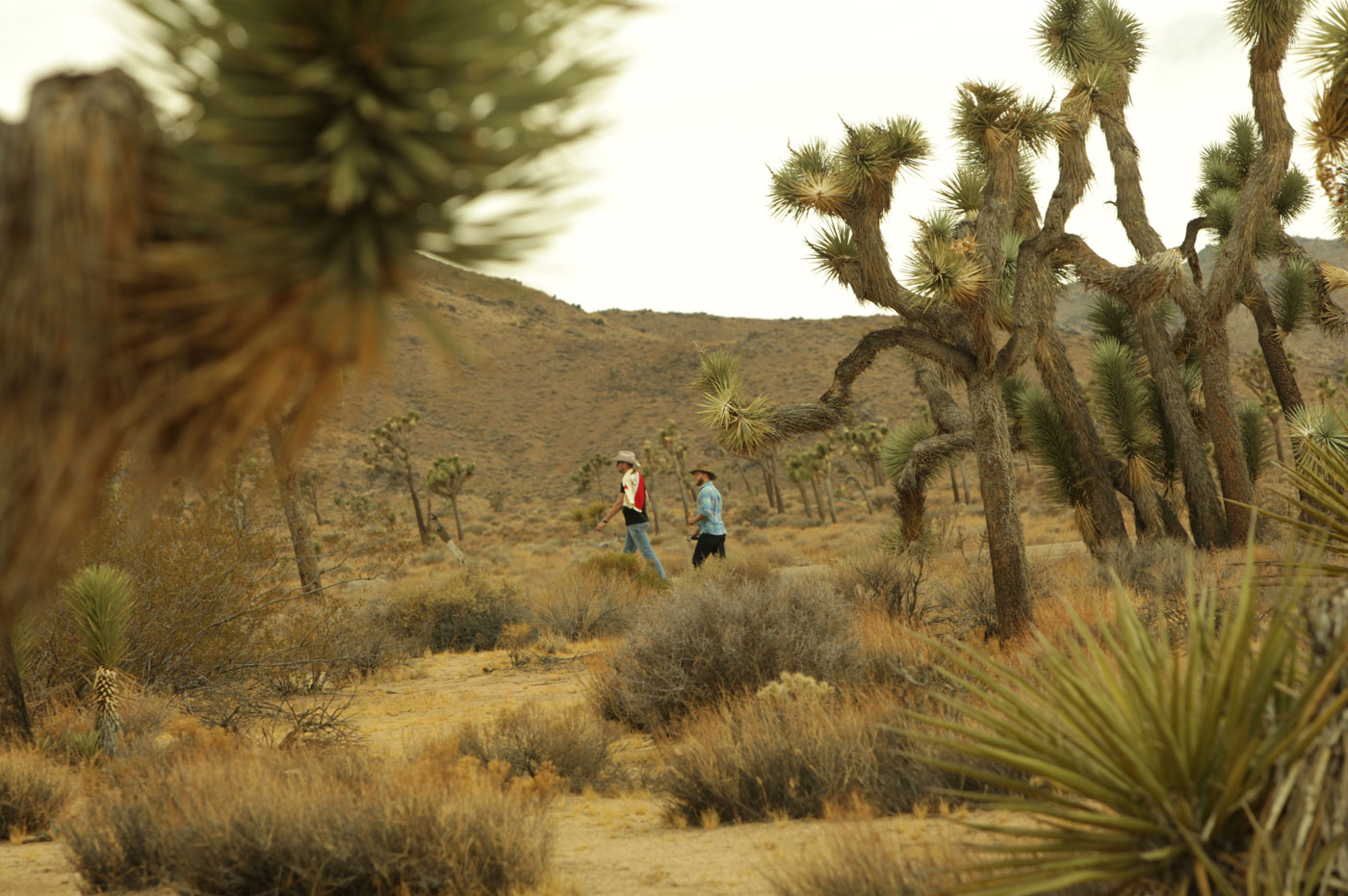 It's in moments like these that we best understand our lives and our wines. It's not about going through the motions. It's about pushing yourself. Dream, wonder, experiment, explore. Find something (or someone) that makes your heart race. And sometimes, when you need to, go get lost. 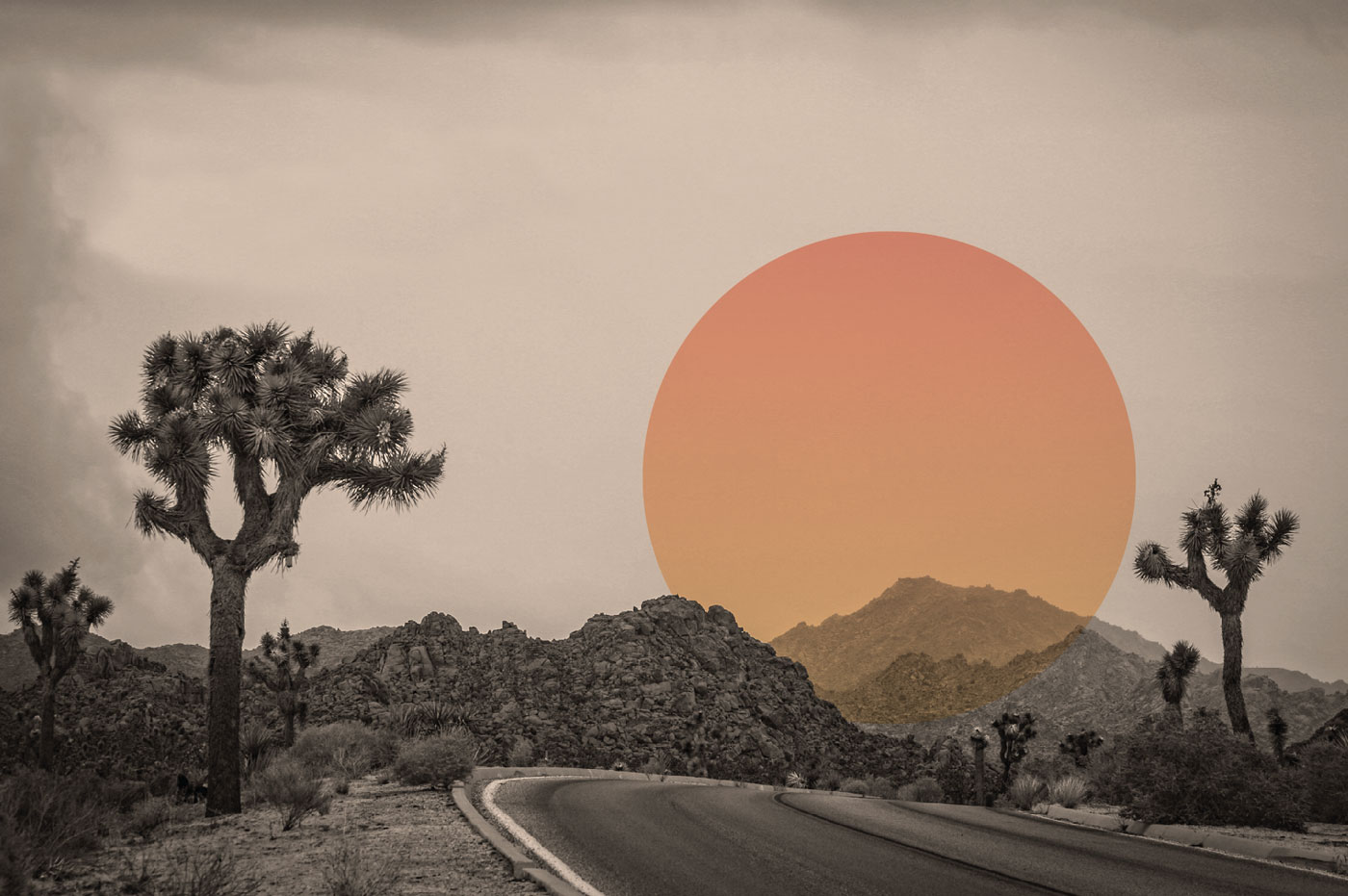