The Beaujy Backstory to Gamay

On the hunt for an inexpensive alternative to Pinot Noir? Then let’s get beaujy. 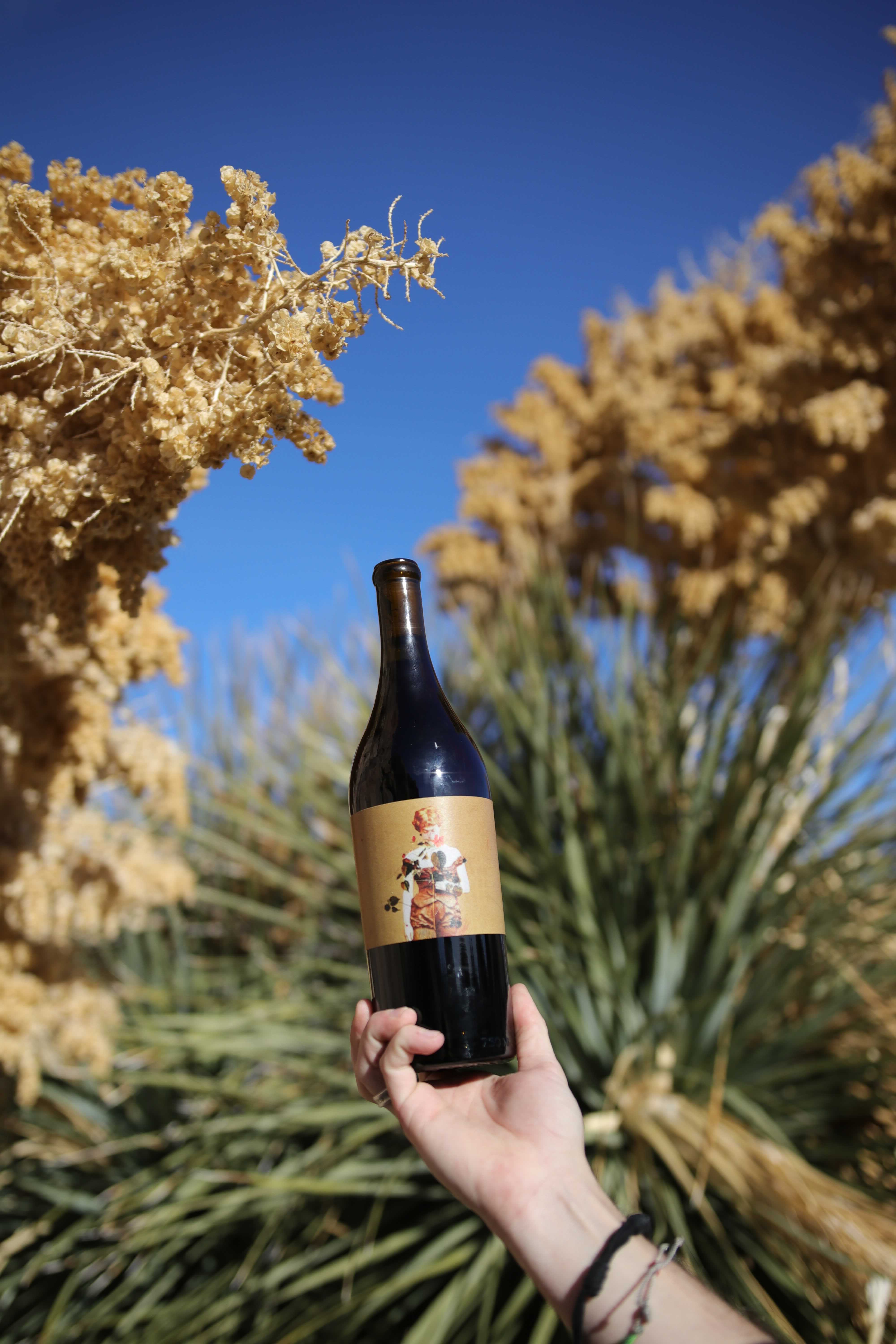 Gamay is a light-bodied grape originally thought to have first appeared in the village of Gamay, south of Beaune, France, in the 1360s. It most likely arrived from Germany with unenthusiastic welcome; the dukes of Burgundy even tried to outlaw its presence as they were unenthused by its unfamiliarity. It is a cousin of Pinot Noir and today grows primarily next to Burgundy in Beaujolais, France. It has become increasingly popular in France, Canada, Switzerland, Oregon, and New Zealand. DNA analysis shows that Gamay is actually a cross between Pinot Noir and Gouais Blanc. Gamay is easy drinkin’ and typically has lively acidity and low tannin. Gamay offers fruit-driven, candied characteristics with notable flavors of black currant, raspberry, banana, potting soil, and violets. If you find that you’re into Gamay and Pinot Noir, also give Grenache and Barbera a try. You won’t be disappointed.

You simply can’t mention Gamay without talking about Beajolais, France, where 75% of the world’s Gamay is produced. It is located immediately south of Burgundy in eastern France. There are three major classifications to the wines produced in Beaujolais. Beaujolais or Beaujolais Nouveau, Beaujolais-Villages (slightly less tart, intense fruit, earthy, banana), and Beaujolais Cru (bold, complex, dark fruit, violets). The region's highest-quality wines are those of the ten Beaujolais 'crus' – ten vineyard areas long recognized as the finest in the area. The Gamay grape used to produce these distinctive wines is an early ripening, acidic variety. For this reason, carbonic maceration has become the accepted method for making most red Beaujolais wines. Whole clusters of grapes are sealed into fermentation tanks and pumped with carbon dioxide. Without any oxygen, fermentation begins inside the individual berries and the grapes end up crushing themselves from the weight of the alcohol produced during said fermentation.

What is a Beaujolais Nouvau wine?

As far back as the 1800s, it is French tradition for Beaujolais growers to gather and celebrate the end of the harvest by toasting the vintage with some of the young wine produced that year. Beaujolais Nouveau is a separate category outside of the regional classification system. Beaujolais Nouveau is released to the public annually on the third Thursday of November, just a few weeks after Gamay grapes are harvested. It’s not a wine to be cellared or saved and is instead best enjoyed while its vibrant red fruit character and high acidity are fresh. By law, all grapes in the region must be harvested by hand.

How is Gamay different from Napa Gamay?

A more obscure French varietal, Valdiguié, was misrepresented in California as “Napa Gamay” for decades. This mistake wasn’t corrected until 1980, when the ampelographer Pierre Galet identified it as Valdiguié. Californians continued to bottle Valdiguié as “Gamay Beaujolais” until 2009. So it’s not uncalled for that a Gamay lover might have a bone to pick with Valdiguié. 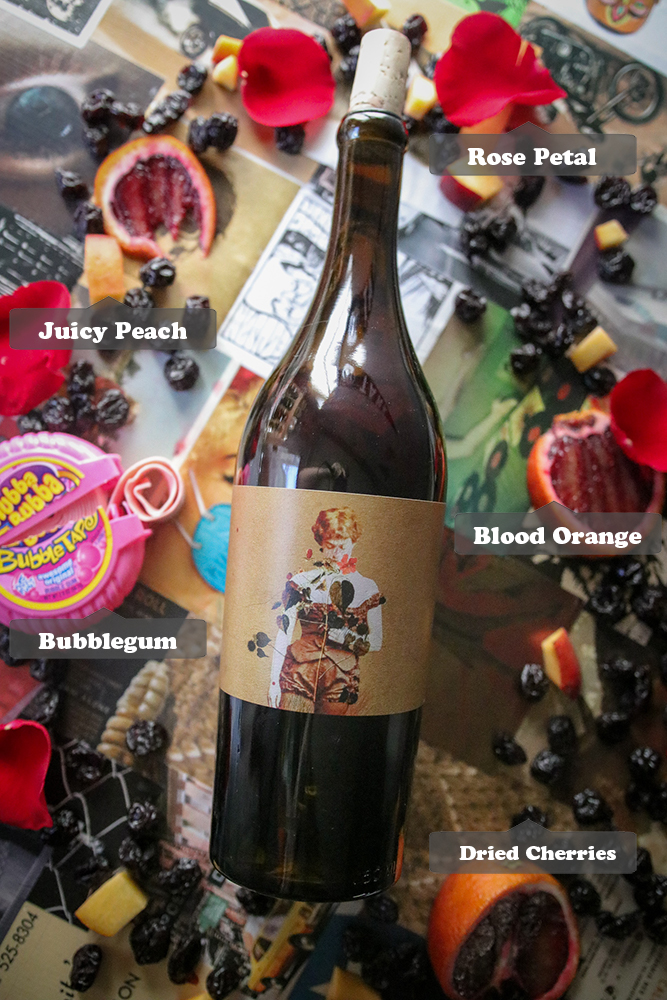 Like passed love notes during spring bloom, our very first Gamay is full of Little Secrets, not meant to be unveiled. But we’ll make an exception with this bottle. Because we’re talking about carbonic macerated Gamay, Beaujolais Nouveau style. It takes approximately 5-15 days for carbonic maceration to complete and our Little Secrets spent 7 days carbonically macerating. You heard that right. On the nose, experience rose petals, dried cherries, and Hawaiian Fruit Punch. On the palate, this wine is fresh as hell with notes of herbaceous membrillo, blood orange, juicy peach, and Hubba Bubba bubblegum. With bright acidity and a satin texture, this wine will enamor you.

Gamay is hard to find, but that didn’t stop us. And after several years of searching, we finally landed at the Barsotti vineyard sitting pretty at 2,800 ft above Placerville in the El Dorado appellation of the Sierra Foothills. The grapevines were planted in 2005 by badass local stonefruit grower, Ron Mansfield for Bay Area winemaker, Steve Edmunds. Together, Steve and Ron envisioned growing the first true Gamay Noir in California in the decomposed granite soils of Barsotti. Days are warm and dazzling with cool and crisp evenings that ensure the fruit ripens slowly while preserving freshness. There's something about the combination of Gamay and Granite that creates a wine with a huge personality.

When we opened Tank Garage Winery in 2014, we didn’t know if it would turn into Napa’s coolest winery, or work at all for that matter. In fact, for a while, it seemed like it wouldn’t. Napa Valley just didn’t seem ready for an old garage pumping out eclectic wine blends and vintage vibes. The people that drove by looked confused and if they ever stopped, it was to try and get gas. Nobody seemed to get it. But then, we found you. If you are reading this, thank you for sharing our dream. Thanks for helping us build Napa’s most fun wine tasting experience. Thanks for supporting us when the odds are stacked against us. We’ll keep pushing boundaries in winemaking. We’ll keep doing cool shit. And we promise to keep rockin’ and rollin’.