Nothing pairs better with a glass of wine than the stunning landscape of the Sierra Foothills. The Sierra Foothills AVA is an American Viticulture Area located in (you guessed it) the foothills of the Sierra Nevada range and was established in 1987. Wine grapes were first planted in the foothills during the California Gold Rush in the late 1940s and early 1950s. The Foothills have been known as “Gold Country'' since the mid-1800s when folks from all over came to seek the motherlode.  Once the gold ran out and Prohibition hit, wine disappeared until the 1970s when it was rediscovered by winemakers from Napa and Sonoma. The AVA is approximately 2.6 million acres and encompasses 12 counties and well over 100 wineries. The foothills are one of the oldest wine regions in California and houses six AVA’s and includes Amador County, Calaveras County, El Dorado County, Mariposa County, Nevada County, Placer County, Tuolumne County, and part of Yuba County. If you’re looking for beautiful vineyard lodging, wine produced from organic grapes, and food to complement it, you’ll find it in the Sierra Foothills.

Foreign settlers searching for gold recognized the familiar Mediterranean climate of the Sierra Foothills and planted vineyards and olive trees. Today, vineyards are situated between 1,500 and 3,000 feet. This level of elevation sees all four seasons but generally hosts warm days and cool nights. The climate here is ideal for growing varietals like Zinfandel, Syrah, and Sauvignon Blanc that can prevail through many temperatures. Around 2,000 feet, the soil is mostly decomposed granite that’s been eroded from the Sierra Nevada mountain range. Around 3,000 feet, the soil is primarily finely crushed volcanic rock, dredged up over ten million years ago in Lake Tahoe. Both the granite and volcanic rock have good drainage but little nutrients, forcing the roots to search deep in the soil for food and water. 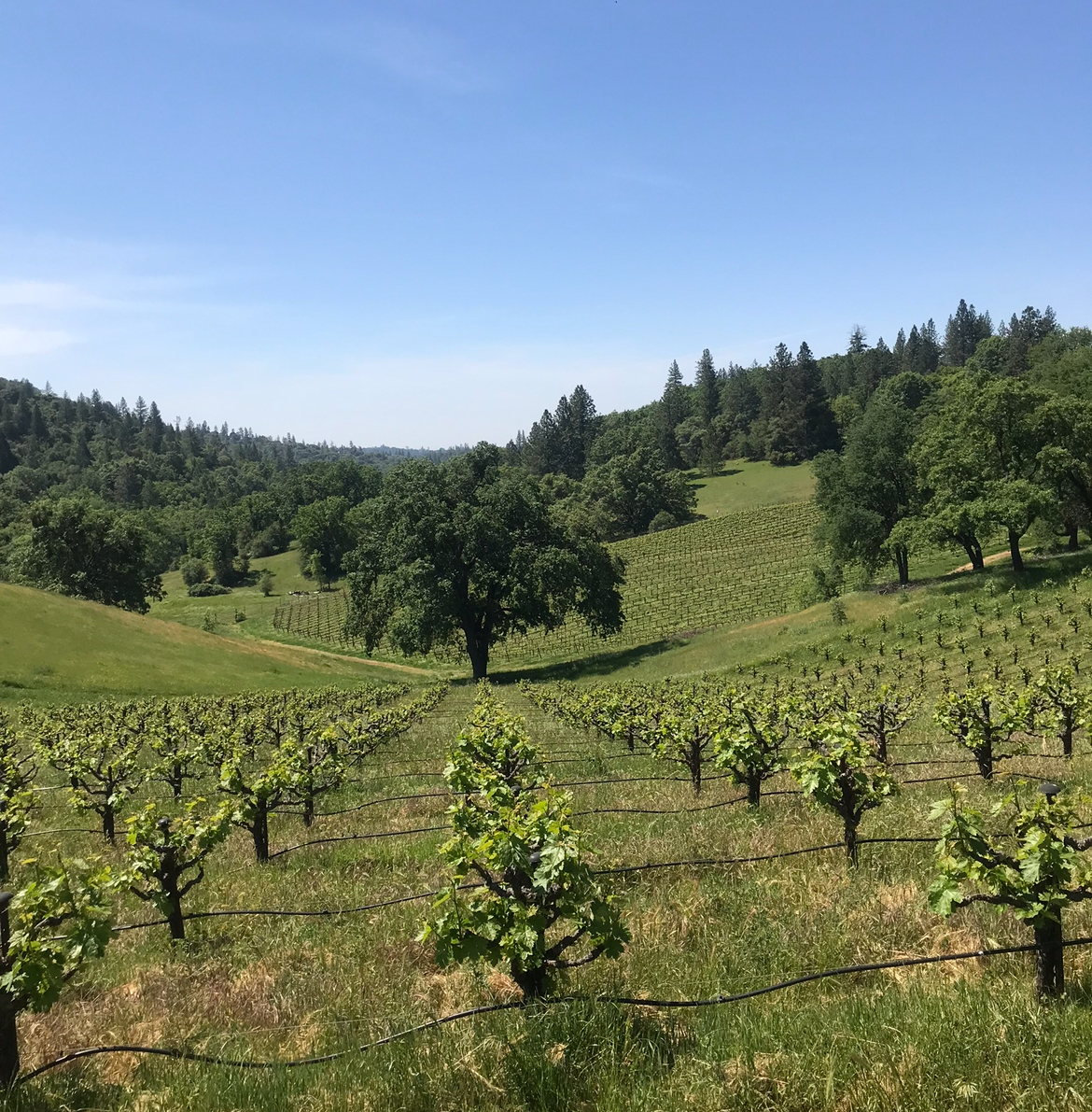 There are six sub-AVAs in the Sierra Foothills: California Shenandoah Valley AVA, El Dorado AVA, Fair Play AVA, Fiddletown AVA, and North Yuba AVA. The Shenandoah Valley AVA includes portions of Amador and El Dorado County and became an AVA in 1983. Also established in 1983, the El Dorado AVA is known for growing Zinfandel, Cabernet Sauvignon, and Merlot. Thirty-two wineries live in the Fair Play AVA and it is the California AVA with the second-highest average elevation. About 20% of the wine produced in Amador County comes from the Fiddletown AVA. Renaissance Vineyard and Winery is the largest producer in the North Yuba AVA with 44 acres of vineyards planted in Cabernet Sauvignon, Syrah, Grenache, Viognier, and Roussanne.

At Tank, we source fruit from the foothills often. Returning to the Sierra de Montserrat Vineyard, we used Graciano for Marlenas from Reseda. We love the punchy cherry elements of this variety, so we ollie-stomped the fruit before allowing whole-cluster fermentation to do its thing. We gave the same treatment to the Syrah, which we scored from the fabled Snows Crossing Vineyard. Lastly, because we’re addicted to it, we cut in some Viognier, a white grape variety, that adds acidity to help the red juices become the best version of themselves.

Influenced by Beaujolais nouveau-style wines, The Revolution Will Not Be Televised is a 2019 vintage red wine from the Sierra Foothills, spending just three months in barrel and bottled with minimal filtration to preserve the bright, fresh characteristics. Because of this, there will be sediment inside each bottle from the winemaking process that tells you it is legit. At the core of this lighter-bodied red wine is 60% Pinot Noir, supported by 26% Cinsault, 13% Valdigué, and 1% Mourvèdre. This is our first time working with Valdiguié, which was once fairly popular in California and referred to as "Napa Gamay" until 1980 when genetic testing proved it wasn't.

Hey there! Welcome to Tank Garage Winery, the coolest winery in Napa Valley. No... really. Visiting the tasting room is like taking a trip back in time to a 1920s gas station turned speakeasy, pouring rad as shit wines and playing bomb as hell music. Cool California vibes mixed with vintage decor bring to fruition the most quirky encounter you’ll get at a winery. We think tasting wine should be easy, chill, and accessible for everyone and that’s the experience we’ve created at Tank. No judgment. No pressure. No frills. Everything we do is with our heart and soul.