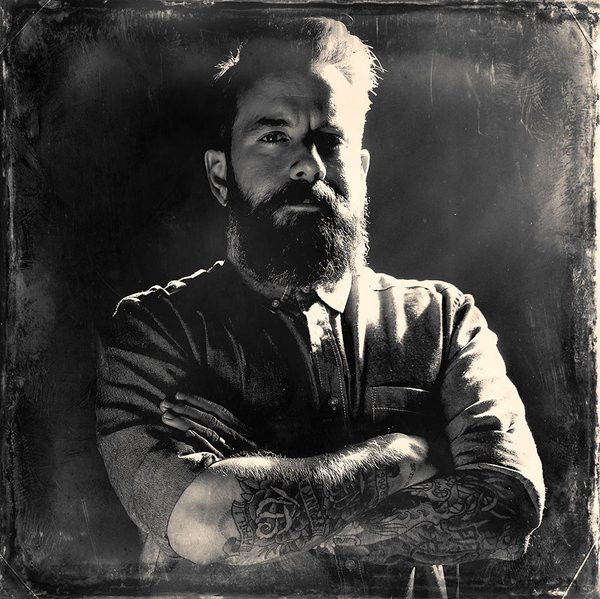 If you’re a fan of Green Day, Linkin Park, Deftones, or Gary Clark Jr., you’ve probably seen Frank Maddocks’ work. A 20-year vet with Warner Music Group, Frank is the man behind some of the most iconic album covers of our time. And as an artist, he’s only getting started.

Born and bred in Los Angeles, Frank grew up within Venice’s burgeoning culture of surf, skate, and music and attributes his viscerally textured aesthetics to the DIY street art found throughout Southern California. After graduating from the ArtCenter College of Design and a few freelance surf gigs, Frank found a way to break into the world of music and his first album project was a big one. 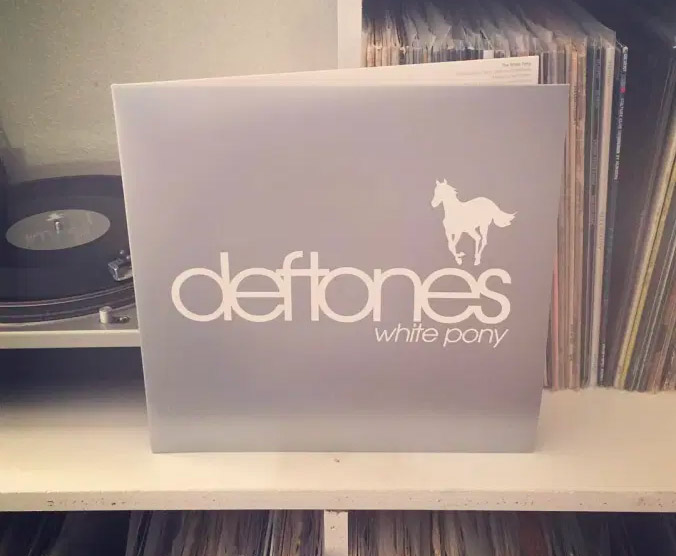 “My first cover was White Pony for Deftones in 2000. I was such a fan of the band and had gone to their concerts and shown them my work. When I learned they had a new album in the works, I reached out to Maverick Records and they decided to hire me to work on the art.”

Creating a visual identity for music can be a challenging responsibility. “You have to be fair to the musicians,” Maddocks says. “I’ll talk to them about their mindset when they wrote the album, pour through the lyrics, and do 5-10 comps with a range of ideas, themes, and approaches. An album cover informs the listener as a viewer and should be a good representation of the music and emotions within it.”

His process is lo-fi and old school. Frank starts most designs with hand-drawings and compositions before introducing digital tools to amplify the analog feel. He loves to do shit practically. For the cover of Green Day’s Revolution Radio, he rented a studio, hired a special effects crew, and lit the boombox on fire for real. 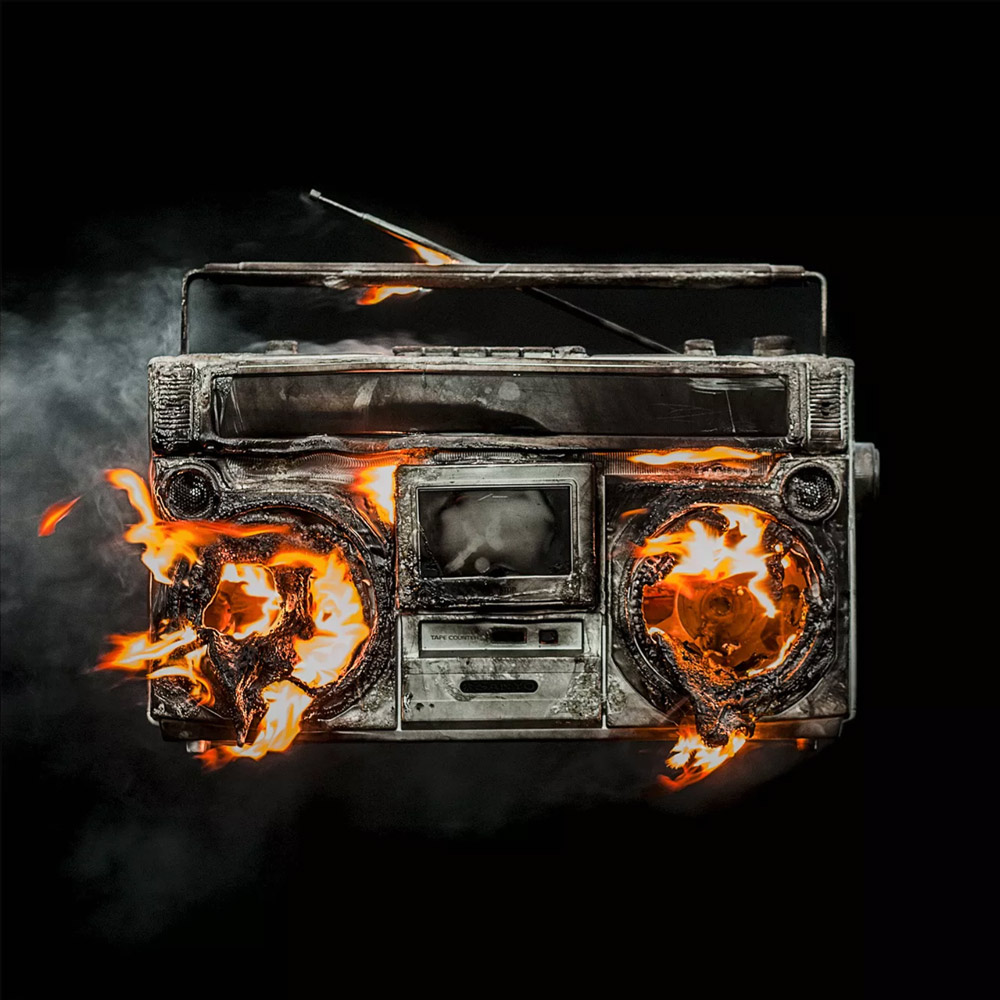 Frank’s ability to capture unique moments is deeply inspired by his love of street photography. “I take a lot of pictures. I feel like something's missing when I'm not taking new photos.” The image used for WEST comes from a scene Frank spotted on the streets of Los Angeles. A simple word, behind a cagey chain-link fence, communicated the right balance of beauty and danger. That juxtaposition, Frank describes as a “west coast perspective.”

Of all of his work, the pieces he feels most connected to come from these caught moments. In particular, the cover for Linkin Park’s One More Light. “That last album released just before Chester passed and had a photo I captured of my kids in the ocean. All the members of the band were getting older and becoming parents and having that human element was really cool. It’s just one of those caught moments you can’t recreate.” 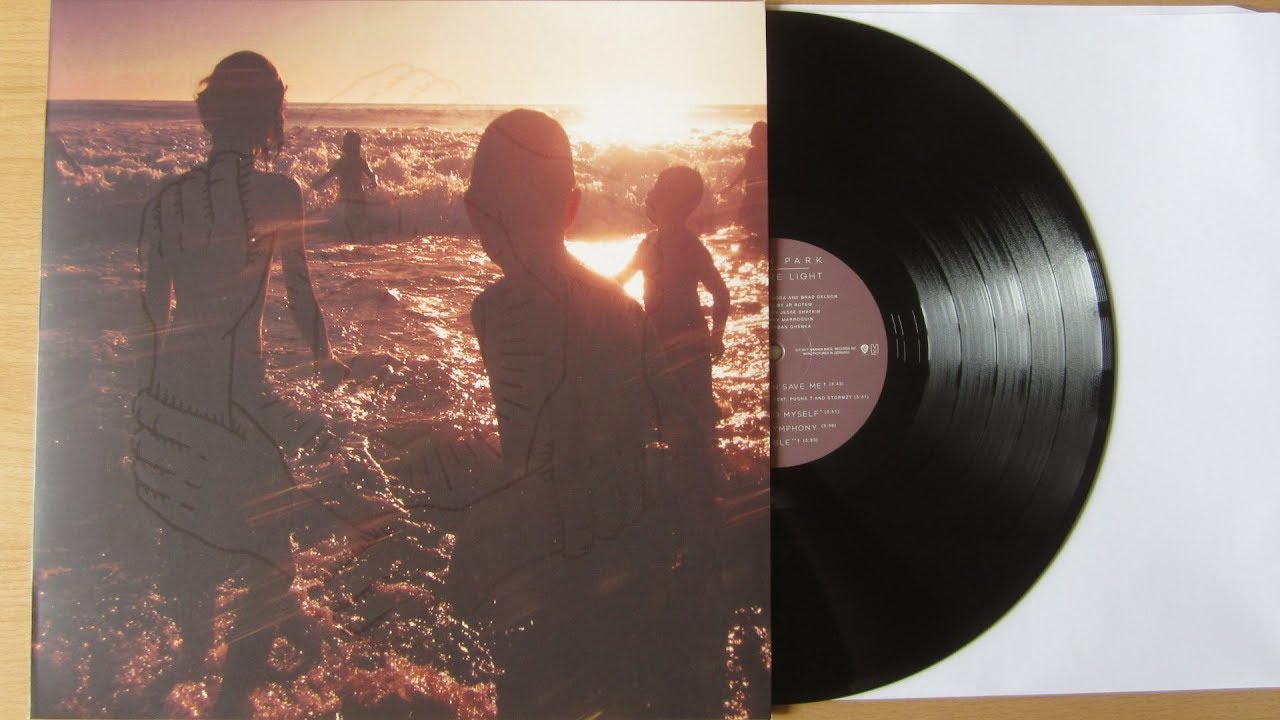 Recently, Frank’s been creating more for himself. Collages, paintings, sketches, a potential punk rock-inspired clothing line. He’s still got plenty of creative dreams to chase. And luckily, he always has new inspirations. “I’m really loving artists these days uploading their own songs and making their own artwork for them. That lo-fi, wild west approach, it’s cool because it’s not overthought or corporate.”

To check out Frank Maddocks' latest work, including artwork for the new Deftones album Ohms, visit his official website frankmaddocks.com and Instagram @frankmaddocks.