Originally owned by Indian Motorcycle racer and tuner Eddie Bratton, our vintage service station has one of the coolest pedigrees in Napa Valley. Bar none.

Eddie bought his first bike in 1926 at the age of 15 and eventually rode out from Fargo, North Dakota to California, surviving solely on onion sandwiches and potatoes he'd dig up from rural farms. Keep in mind, this was during the depression. 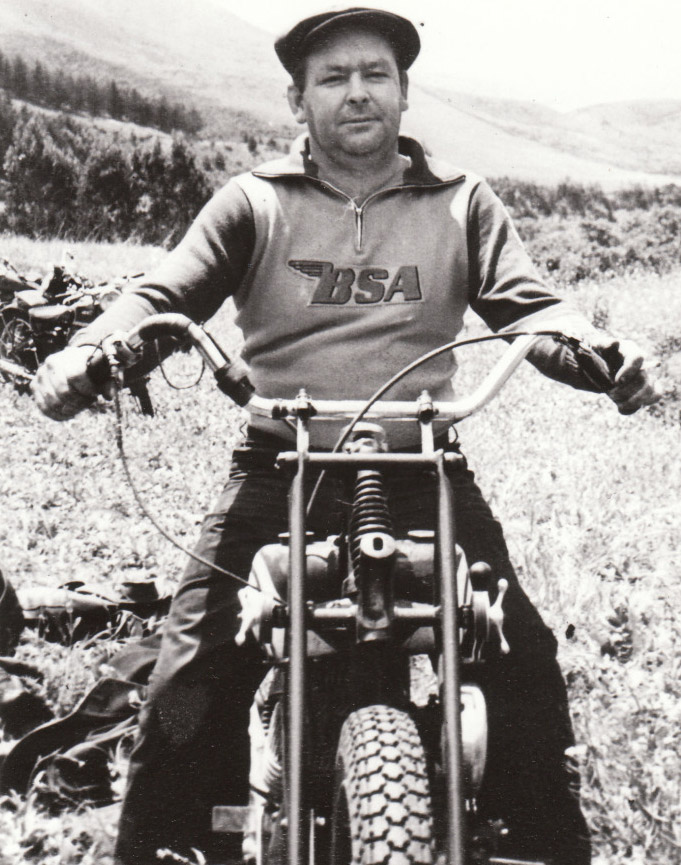 "That piston was damn near to the bottom before the exhaust valve opened."

Eddie on his proprietary engine modification 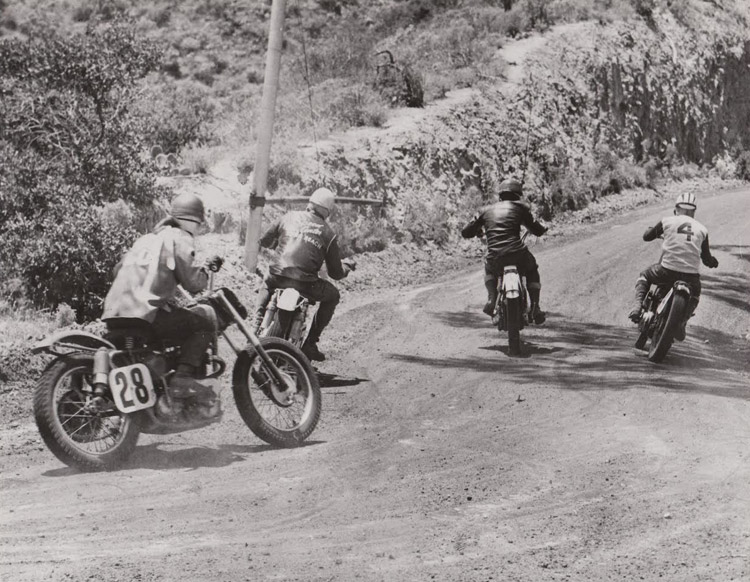 Once he made it to the Golden State, Eddie took up shop at Hap Jones' Indian Motorcycle dealership in San Francisco, tuning bikes and manufacturing custom "Bratton Cams" for the nation's top riders looking for extra power. Eddie was loyal. He only wrenched and raced Indian bikes. Nothing else was good enough.

When he wasn't in the garage, Eddie was on his bike. He competed annually in the Catalina Grand Prix and was famous for a road stunt where he'd balance himself up on a back peg, slide his old lady forward to take the handlebars, then sit back down behind her...without stopping. 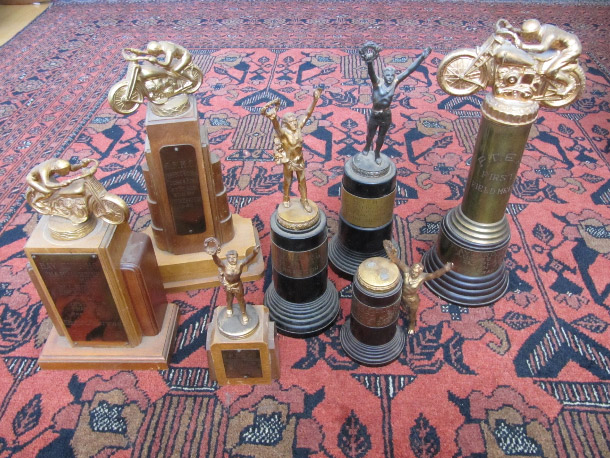 A collection of Bratton's racing trophies 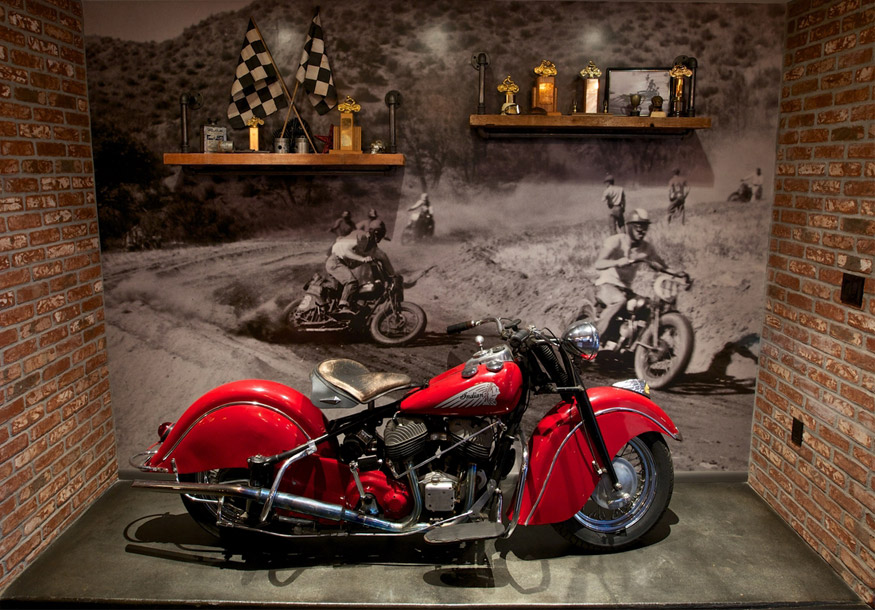 After his days of racing and hell-raising ended, you could find him in his Calistoga garage, wrenching away on his prized '47 Indian Chief bike until he retired in the early '80s. If you asked anybody around town about an old motorcycle mechanic, they knew you meant Eddie.

Right around the time we took over the garage, we heard a local Calistogan had Eddie's old Chief in storage. After months of pleading, they relented and sold it to us, returning Eddie's amazing bike back to its rightful home.