JOIN US FOR A TRIVIA VIRTUAL TASTING 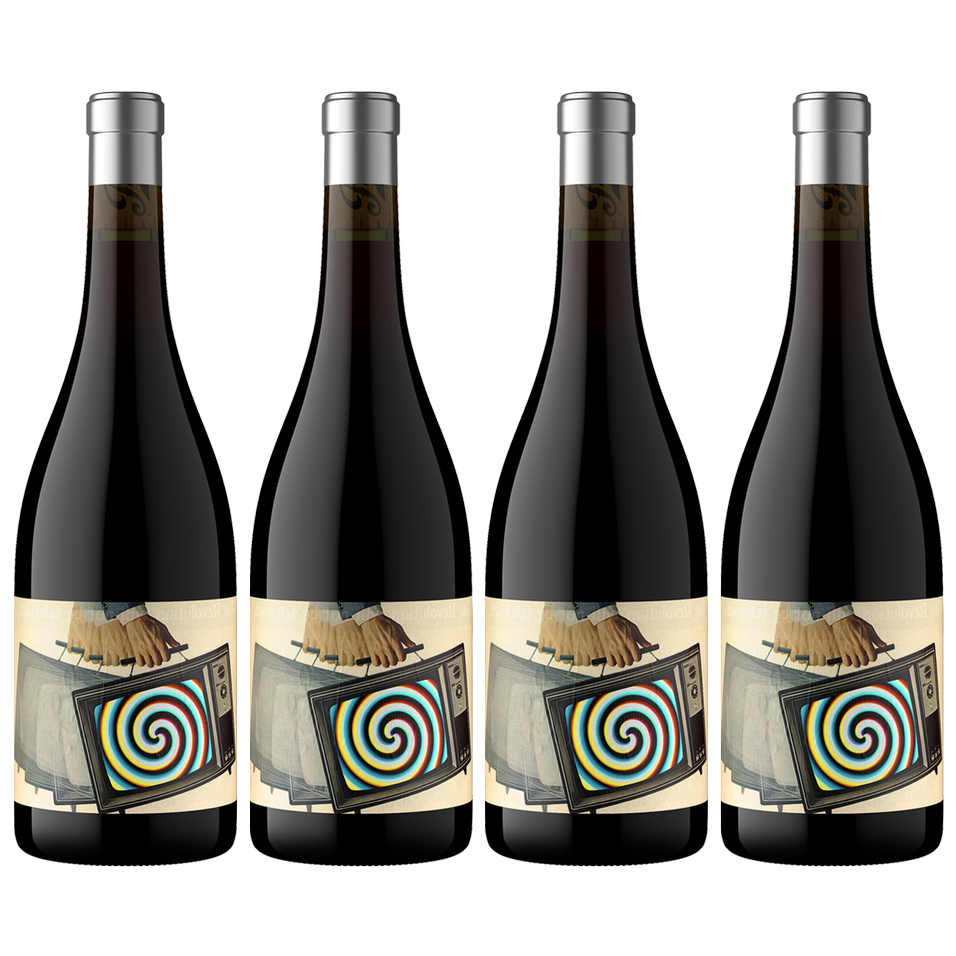 The Revolution Will Not Be Televised Four-Pack Special

Believe the hype. This is one of the best damn wines we've ever made.

Influenced by Beaujolais nouveau-style wines, this is 2019 vintage red wine from the Sierra Foothills spent just three months in barrel and was bottled with minimal filtration to preserve the bright, fresh characteristics. Because of this, there will be sediment inside each bottle from the winemaking process that tells you it is legit. At the core of this lighter-bodied red wine is 60% Pinot Noir, supported by 26% Cinsault, 13% Valdigué, and 1% Mourvèdre. This is our first time working with Valdiguié, which was once fairly popular in California and referred to as "Napa Gamay" until 1980 when genetic testing proved it wasn't.

So why is this sooo good? Start with the beautiful color. Next, soak in its big, bursting aromas of raspberry, pomegranate, hints of vanilla, brown sugar, and rich leather. Drink it already!... Yeah, you see what we're talking about now? Bright, fresh, flavors of cherry, strawberry cobbler, rhubarb pie, graham cracker (basically, all the good shit), with hints of tobacco, and iced tea. This elegant wine is light in body, but concentrated in flavor, with a curvaceous mouthfeel and a finish so smooth you'll call it Marvin Gaye.

We're not playing around here, this wine is both amazing and versatile. Drink it to chill or drink it with a chill.

We drew inspiration from the 1970 song/poem by Gil Scott-Heron, which called for American rebellion and reformation in the face of injustice:

An indictment of the bullshit narratives controlled by media and corporate consumerism, The Revolution Will Not Be Televised reminds us that change comes from us, real people, and not from the homogenized, mistruths often packaged up by corporate interests.

Find out for yourself.

Be the first to review this item »
In Stock
Product Reviews