We are back at it again with an elusive mashup of 100% Mixed Blacks, a term used to describe a hodgepodge of black grapes that collectively comprise California field blends. You may remember Mixed Blacks in Bring Black Roses from Napa Valley, MDNA from Dry Creek Valley, and Tokyo Love Hotel from Clement Hills. We are thrilled to introduce our second Mixed Blacks from Clement Hills Dynamic Karate Theory.

Primarily Zinfandel, Petite Sirah, Syrah, and Alicante Bouschet, we picked these grapes in whole clusters to spotlight their vivid tannin structure. Planted on the old southern embankment of the Mokelumne River, the vines are situated directly west of the Clements Buckaroos Rodeo Grounds in the southeast part of the Lodi AVA. Fun fact: the Clements Stampede Rodeo is the biggest amateur rodeo in the country. Harvested in September of 2021, the grapes were then foot stomped, fermented in an open-top stainless steel tank, and spent 8 dauntless months in neutral oak.

With bold and velvety tannins, this inky gem is chock full of dark fruit like fresh blackberries, tangy boysenberries, and dried black cherries. A hint of cinnamon, nutmeg, and sage spars valiantly with the juicy plum bursting out of the glass. This wine is perfect as we head into fall as it wraps around your tastebuds like a cozy sweater on a rainy day. We paired Dynamic Karate Theory with a flat iron steak, crispy fingerling potatoes, grilled tomatoes, and garlic aioli from The Spinster Sisters in Santa Rosa. Let’s just say…the steak and wine were definitely making out.

Dynamic Karate Theory, a fun nod to the coolness of Karate during the golden age of martial arts from 1950 to the 1980s due to its popularity in films. Like westerns for Americans, martial arts films have become an identity of Chinese cinema. Noble and modest. Amusing and catastrophic. Earnest and preposterous, all represented in equal measure. The genre remains a unique creation influenced by Chinese culture, history, legends, and customs. 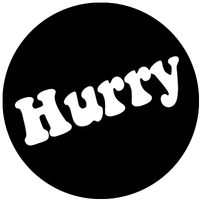 2019 MDNA, Mixed Blacks, Dry Creek Valley
Sold Out
Cookies are used to optimize your site experience and analyze traffic. Please visit our Privacy Policy to learn more.
By using our site without disabling cookies, you consent to our use of them.